Here is the full statement from Cook:

This nonsense belongs with some of the other books I've read about Apple. It fails to capture Apple, Steve, or anyone else in the company. Apple has over 85,000 employees that come to work each day to do their best work, to create the world's best products, to put their mark in the universe and leave it better than they found it. This has been the heart of Apple from day one and will remain at the heart for decades to come. I am very confident about our future.

The book was written by former WSJ reporter Yukari Iwatani Kane who looked at the company's performance since the death of co-founder Steve Jobs.

Steve Jobs's death raised one of the most pressing questions in the tech and business worlds: Could Apple stay great without its iconic leader? Many inside the company were eager to prove that Apple could be just as innovative as it had been under Jobs. Others were painfully aware of the immense challenge ahead. As its business has become more complex and global, Apple has come under intense scrutiny, much of it critical. Maintaining market leadership has become crucial as it tries to conquer new frontiers and satisfy the public's insatiable appetite for "insanely great” products.

Based on over two hundred interviews with current and former executives, business partners, Apple watchers and others, Haunted Empire is an illuminating portrait of Apple today that offers clues to its future. With nuanced insights and colorful details that only a seasoned journalist could glean, Kane goes beyond the myths and headlines. She explores Tim Cook’s leadership and its impact on Jobs’s loyal lieutenants, new product development, and Apple’s relationships with Wall Street, the government, tech rivals, suppliers, the media, and consumers.

Hard-hitting yet fair, Haunted Empire reveals the perils and opportunities an iconic company faces when it loses its visionary leader.

Update:
Kane has now issued a response to Cook's statement.

"For Tim Cook to have such strong feelings about the book, it must have touched a nerve," wrote Kane to Re/code. "Even I was surprised by my conclusions, so I understand the sentiment. I'm happy to speak with him or anyone at Apple in public or private."

You can purchase the book from Amazon for $10-$20. There's a short video interview with Kane below (flash). 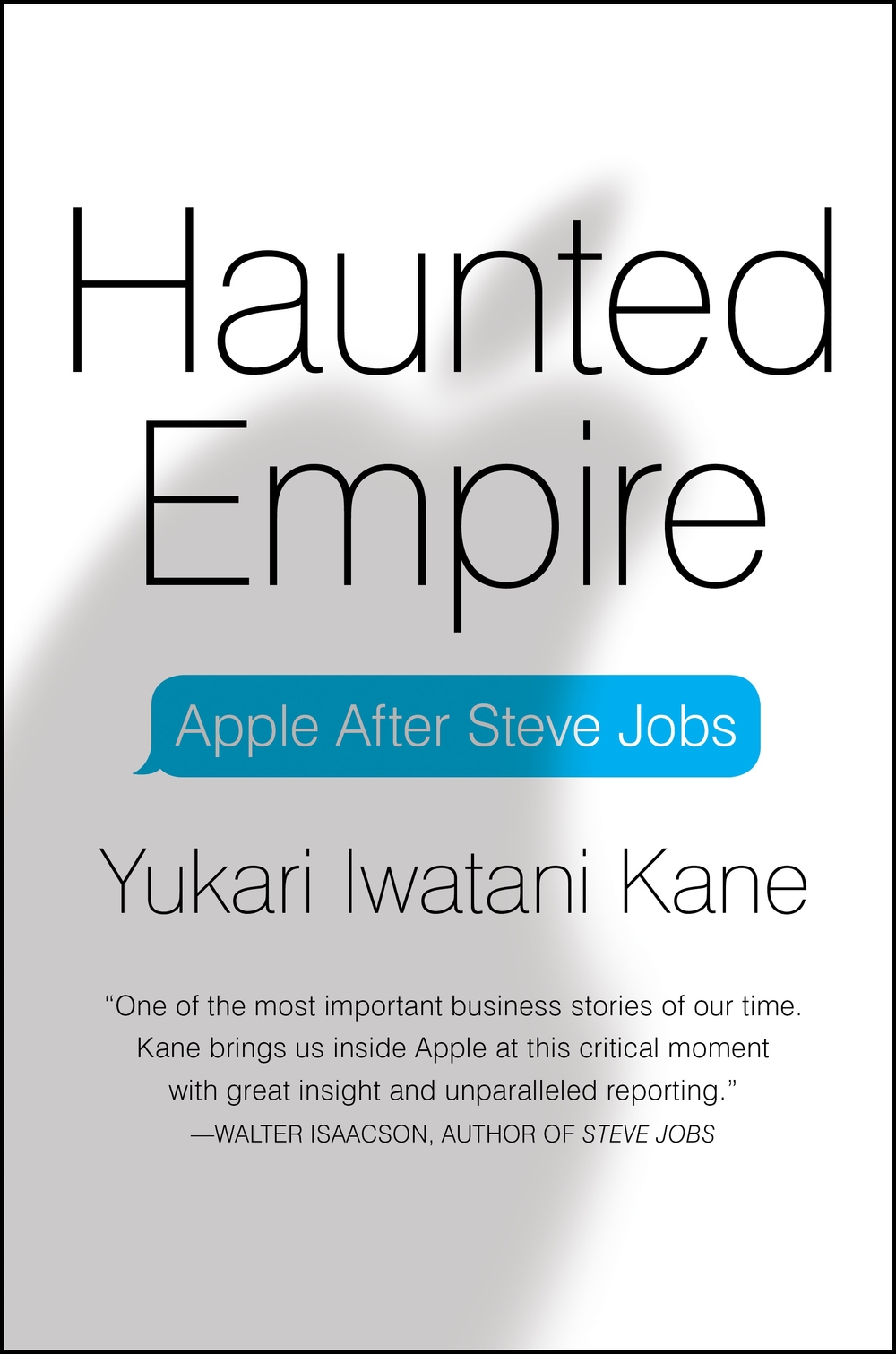 Smate333 - March 19, 2014 at 5:23pm
I tried to switch to an Android, but it felt too buggy, slow and it froze all the time. The smoothness, the intuitiveness and the beauty of an iPhone and iOS is still superior. In the world of computers, windows PCs are rather bombarding us with their constant attempts to "give it another try" to say look at me now. Macs and the MacOS are very consistent and easily transit into their new versions. I think their lady has very little understanding of technology and she seems to be more emotional then realistic on this topic.
Reply · Like · Mark as Spam
0

BritBrat - March 19, 2014 at 3:45pm
Tim Crook - Focus on innovation and leave politics to American patriots & pros. BTW Global Warming is a hoax. Your stupidity shows - a lot! LOL!
Reply · Like · Mark as Spam
0

BitchBrat - March 19, 2014 at 8:15pm
And you leave the dumbass bullshit off of this site, enough hallucinating on trying to be a moronic smart ass you can't because if you don't know apple, you can't predict what cook is. He is a pro like jobs, why else would iPhone today not be popular? Because Tim has been there for so long to understand therefore he's a pro and people asked him, you really believe he chose to be asked, pros like him are in this interview because it involves him and not you. Your gullibility has showed more than expected.
Reply · Like · Mark as Spam
0

Apple Core - March 19, 2014 at 3:20am
Heh. She can compare Apples with rhubarb all she wants. Is Apple better? Yes. Have they had a wow product since Steve. No. Will she sell books? Yes. Will I have a moral issue with snarfing her book of TPB? No. Phuc her. Glory hound....
Reply · Like · Mark as Spam
11 More Comments
Recent