Hacker winocm has announced that he will be releasing a solution for dual-booting iOS. He revealed the news on Twitter last night.

Just days ago winocm divulged that he's managed to hack his iPad 2 to triple boot iOS 5.1, iOS 6.1.3, and iOS 7.0.6. He posted a video to YouTube demonstrating the feat which we've embedded below.

KShizoku tweeted at the hacker saying, "I wish I could dual boot 6 and 7 like you ;)" to which winocm said, "You will. soon." He also noted that the "first revision will not be user friendly at all."

Winocm also recently demonstrated an untethered jailbreak of iOS 7.1 running on the iPhone 4. More details on that can be found here. 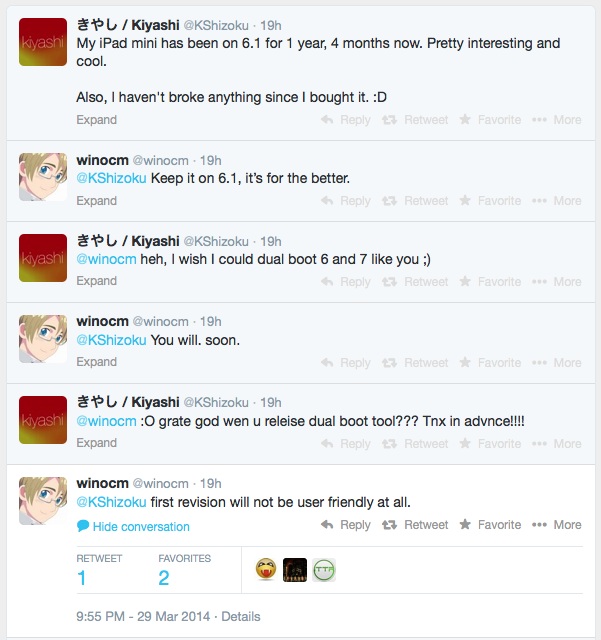 DasBoot - March 31, 2014 at 8:23am
Dual boot is great some jb do not run on newer ios the iPhone unlock lots of apps work on different ioss Dual boot is the next big thing for apple Thanks win0cm
Reply · Like · Mark as Spam

Bassel - March 31, 2014 at 4:59am
Just curious as the reason to need/want to dual boot. Thanks to anyone who answers!
Reply · Like · Mark as Spam
5 More Comments
Recent