Two alleged cases, one for the 4.7-inch iPhone and one for the 5.5-5.7-inch iPhone have surfaced online. While it's still months before either device is expected to launch, case manufacturers have often been successful in obtained design details for Apple's unreleased devices.

Taking a look at the image below we notice that the 4.7-inch device has flat sides while the larger device has rounded sides. One thing they both have in common is a new button which would be on the right side when looking at the front of the device.

Recent rumors have suggested that Apple would relocate the Sleep/Wake button to make one handed operation easier; however, that button still appears that the top of both devices. Thus, it's unclear what the new button would be for.

The 4.7-inch iPhone is expected in September; whereas, the larger 5.5-inch device is expected sometime before the holidays.

More details on Apple's roadmap can be found here. 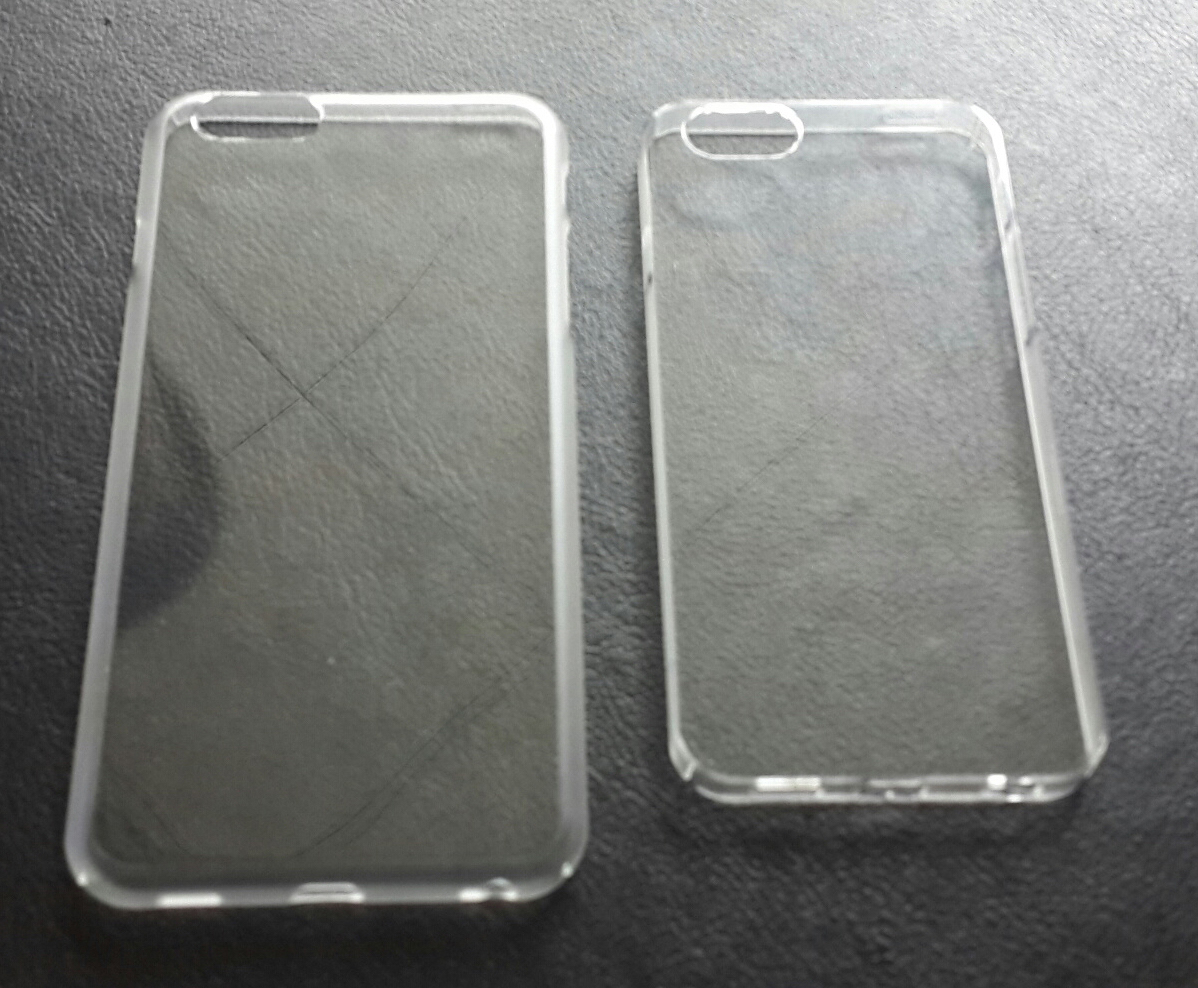 iphone Doctor - April 14, 2014 at 1:27am
I was lying, apple is no good, I am jealous, I am a complete retard and Apple Troll. Please I need a Big ButtHurt so I can learn my lesson. anybody. And I use a Samsung Galaxy I
Reply · Like · Mark as Spam

iPhone Doctor - April 13, 2014 at 5:00pm
Apple has the best quality and functionality, and the best customer service of all companies!.
Reply · Like · Mark as Spam

Apple Roto-Rooter - April 13, 2014 at 6:36pm
And you call yourself doctor, you know shit about iphone. Apple is the worse there is in anything-they are only good at riping people off. Callme and I will fix you in a minute.
Reply · Like · Mark as Spam

Fukjohn Rah - April 13, 2014 at 8:39pm
You call yourself a problem fixer? Did you learn nothing from the most valuable companies? You're the one who's never been introduced to a psychiatrist. How can you find a company that makes the most simple fast efficient technology compared to any other terrible? If it wasn't for iPhone, there'd be no galaxies, what about Mac Pro, what would we do without it, and macs, come on. Everything is built right into the monitor to save space. I own mb pro retina, iPhone 5s, iPad Air, and Apple TV. Tbh not one problem or downside.
Reply · Like · Mark as Spam
24 More Comments
Recent