Keyboard developer Fleksy already has its third-party keyboard running on iOS 8, just 48 hours after Apple announced the feature at the WWDC keynote. With iOS 8, Apple is opening up the keyboard to developers meaning that you will soon be able to choose your favorite input method or layout systemwide. The keyboards run inside a restricted sandbox by default with no network access.

Fleksy tweeted the screenshot today, along with an invitation to signup for beta test Fleksy on iOS 8 here.

For those unaware, Fleksy is a popular keyboard on Android that brings a patent-pending text prediction engine, an autocorrect engine that works even when you aren't looking at the screen, and an award winning UI with 114% larger typing area. 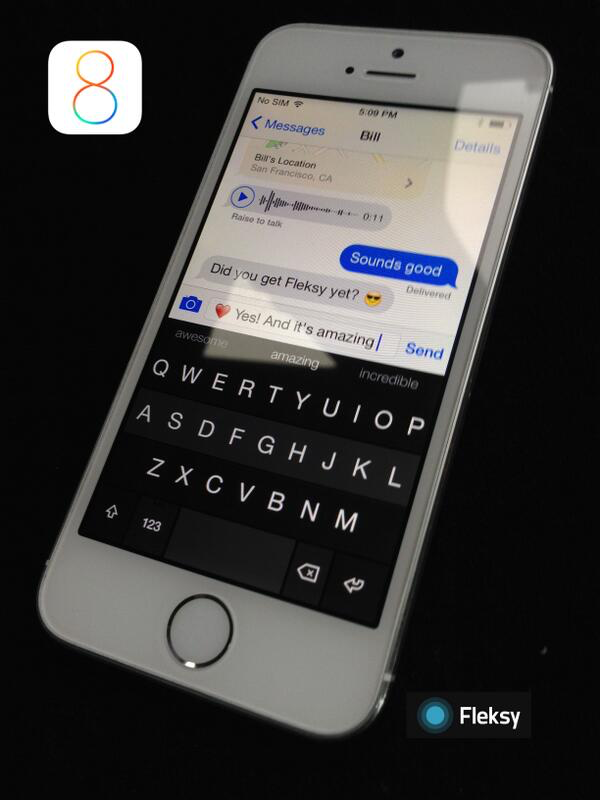 AppDroid - June 4, 2014 at 6:44pm
People were bitching to much about the iPhone not having some like android and you'd is what happens.
Reply · Like · Mark as Spam