A new report from Laoyaoba claims that the Apple iWatch is awaiting FDA approval as a medical device.

In fact iWatch already developed, but Apple will position it as a medical device that requires the U.S. Food and Drug Administration (FDA) certification.

The device can reportedly measure steps, heart rate, blood glucose, and blood pressure. It apparently utilizes a sweat sensor developed by Apple itself.

In line with this report, the WSJ has just said that Apple will include more than 10 sensors on the iWatch, including ones to track health and fitness.

The iWatch would likely work in conjunction with the new Health app announced for iOS 8.

Yesterday, a report from Reuters said that the iWatch would feature a 2.5-inch display and begin mass production in July. A launch date in October is expected. 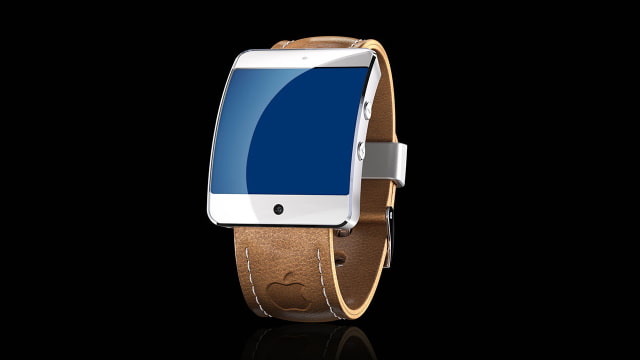 odedo1 - June 21, 2014 at 11:14pm
The one thing I don't care about in the iWatch is the health part, what I would like to see in the watch is a camera, notifications, memory for 3rd party Apps and most important Siri so we can send and reply to messages and eMails and for the 3rd party Apps I was talking about ( like Viber, Skype and WhatsApp ) that for sure will get me to buy it! But the one thing I know is not happening is answering and making calls ( now that iOS 8 let you answer call from all Apple devices ) but I think they will say that using the watch for calls will run down the battery really fast, even so they sell phone watches all over that have their own SIM card and don't need Bluetooth connection to a phone and their battery last forever.
Reply · Like · Mark as Spam

Great! - June 21, 2014 at 1:18am
Undergoing field testing by athletes. I mean, if they like it, you can be sure a huge number of people will also want it...so that they can be part of the in crowd. That's marketing!
Reply · Like · Mark as Spam

Kent Moffin - June 20, 2014 at 5:56pm
Unless it looks completely stupid, I am 90% sure I'll be buying one if in fact it has all those iHealth features, regardless of other phone functions like answering calls or controlling music.
Reply · Like · Mark as Spam