Fast Company attributes Apple's success in 2014 to its different software refinements that make its existing hardware more powerful. Both iOS 8 and OS X Yosemite brought many features to both developers and consumers.

It’s too early to judge the long-term impact of all these features, given that they depend on what other companies do with them. Still, they’re evidence that Tim Cook’s Apple is developing its own character—one deeply influenced by Steve Jobs, but not slavishly so. Jobs, after all, was fond of boasting that Apple was the only outfit in the tech industry that was solely responsible for "the whole widget"—hardware, software, and services, all integrated into a seamless experience. With iOS 8, Apple is loosening its control over future widgets in ways that its control-freak cofounder might have rejected. But they’re putting Apple even more boldly at the center of "the whole widget" of our technology-powered lives.

Fast Company named Warby Parker, the online eyeglasses website, the most innovative company in their 2015 rankings.

The top 10 rankings include: 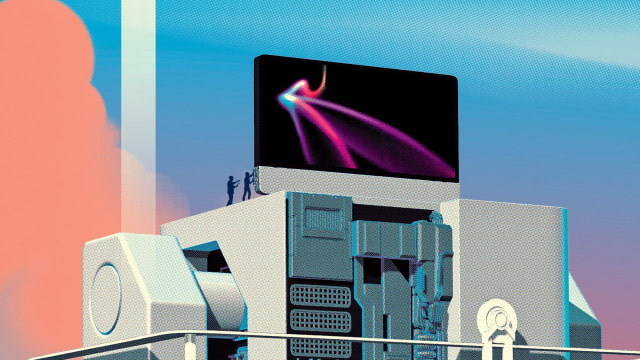 Tim Pink Cook - February 15, 2015 at 4:17pm
lol. Noway. Google is number one and we are second ? So you mean to say all these copying and making products like Google and samsung is for nothing ? We don't give up. We are going file a suit. And take patent for being number one always . Let's see in court . Regards, pink cook
Reply · Like · Mark as Spam

Troll bleeding cock - February 15, 2015 at 6:47pm
Lawl accept it. You wish you had the balls to copy just to attempt to fool reality with myths you can't even prove. Others on the other hand have done outstanding jobs doing your visions of it, and from the secret of their ads, they prove how they need you. That proves why they are less shown on these lists now. In fact, some ideas that look like you caught up to them makes you go beyond their work than ever. They can't suit it because it's a better version of theirs. Case closed, nuff said. Sincerely, troll bleeding cock.
Reply · Like · Mark as Spam

markasspam - February 15, 2015 at 9:57am
Apple may be "innovative", that is, using other's ideas and repackaging them, but, "inventive" is another story. I think by now most people know that Apple is the number one retailer, and that without other's innovations, they would still be using Radio Shack as their supplier...oh, I forgot, Radioshack is now bankrupt.
Reply · Like · Mark as Spam

Ren - February 15, 2015 at 6:44pm
Apple only did very little of that, but whenever it comes to making something related to others work it sometimes goes beyond what they did. Look at Apple pay for example.
Reply · Like · Mark as Spam

mhar - February 15, 2015 at 9:34am
What about Apple Acquired 24 Companies In The Last 18 Months 2014 kek apple buys innovation http://en.wikipedia.org/wiki/List_of_mergers_and_acquisitions_by_Apple
Reply · Like · Mark as Spam
13 More Comments
Recent