After years of consecutive annual losses, Nintendo has finally decided to release its games for the iPhone and other mobile devices, reports the WSJ.

Nintendo announced today that it will begin developing games for smartphones based on its classic characters. It struck a partnership with DeNA Co, a Japanese game provider, exchanging ownership stakes. Together they plan to set up a new mobile game platform.

Until now, Nintendo has stubbornly resisted the move to smartphones and tablets for gaming, sticking to its traditional, console based business model. It also refused to license its characters to any mobile developers. The strategy appears to have completely failed with the company posting huge 46.4 billion yen operating loss ($456 million) for the fiscal year ended March 31, 2014.

“The company seems to have totally changed its mind-set, after having resisted against mobile game development, publicly complained about the low quality of content in mobile and played down its role in the game world overall,” said Serkan Toto, a Tokyo-based game consultant. “This is about the most drastic, bold shift in strategy Nintendo could have undertaken.”

The companies plan to introduce a new game distribution portal this autumn which will apparently be the only way to access the company's games. The portal will also be available via its consoles. Nintendo says it will take the lead on developing games for the portal, while DeNA will operate the technical side. Revenue will generally be split 50-50.

“By tapping into the smartphone we can increase the number of Nintendo fans,” Nintendo President Satoru Iwata said. “No company in any industry can survive if they fail to adjust to changing market environments.” 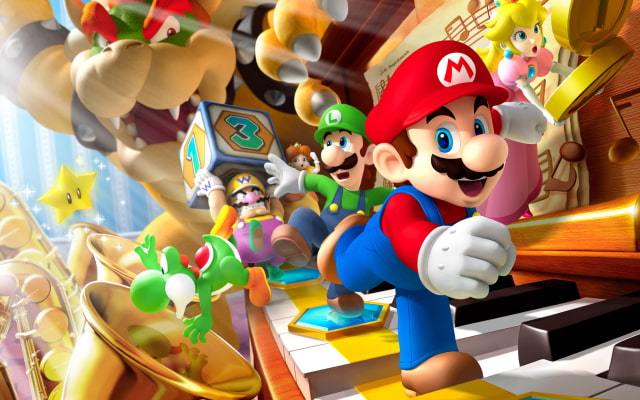 Rudi duarte - March 18, 2015 at 10:07am
I guess probably Nintendo they will gonna launch some game like Mario run or something similar. For be honestly it will be good marketing, but ios and also android they needs games like he original ones. Example Pokemon or super mario bro. Nintendo is not stupid at all. At the moment most of the people they are using table or smartphones as a console, if Nintendo doesn't have to much sales and the hight point of the costumers is play on some device as a table... So I think now, why not try it? Regards
Reply · Like · Mark as Spam

Great! - March 18, 2015 at 6:57am
If they only publish through their own portal that means iPhones won't get access. apple
Reply · Like · Mark as Spam

MUKAI - March 17, 2015 at 8:49pm
That would be nice. Could teach the kids how their father started playing video games.
Reply · Like · Mark as Spam