China has surpassed the United States in iOS app downloads for the first time, according to the App Annie Index for Q1 2015.

In Q1 2015, iOS downloads in China overtook those in the United States. China’s surge may have been partially caused by the recent launch of the iPhone 6 and 6 Plus. While both the United States and China are two of Apple’s strongest markets, demand for smartphones with larger screens seems to be particularly high​i​n Asia. In Q4 2014, shipments of smartphones with screen sizes between 5 and 7 inches constituted roughly 60% of total smartphone shipments in China as compared to roughly 40% Worldwide and in the United States. Thanks to this, the iPhone’s share of the smartphone installed base crossed 7% in 2014 (Source: IDC, Smartphone Tracker, April 2015).

China's rise to the top of the list was driven by downloads of Games and Photo & Video apps. Pitu, from Tencent, became China's one of the country most popular photo apps in the first quarter due to simple beauty, make-up, and cosplay filters. Photo sharing apps I​N​ and ​Fotoplace​ also performed well in the quarter. 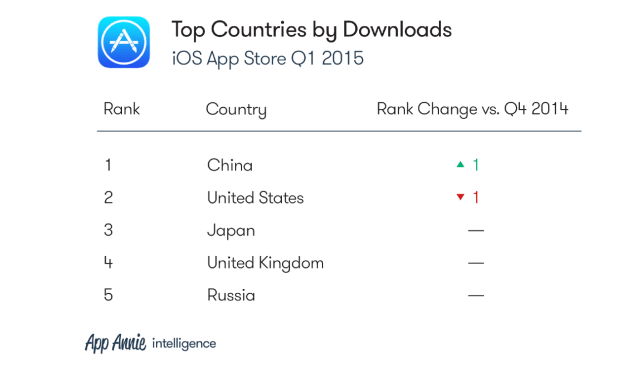 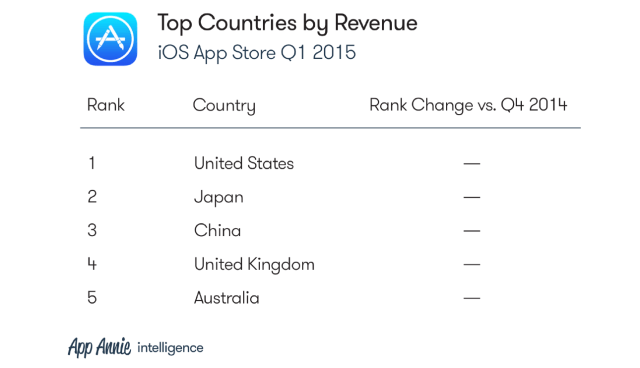 Chinky Chink - April 15, 2015 at 12:39am
Considering there are more than a billion of this scums in mainland China alone, is this findings even surprising?
Reply · Like · Mark as Spam

Cheddar made - April 14, 2015 at 8:06pm
We have enough of them. The superior, the tweaked version, the old school one, the flat texture less one. What more should we have?
Reply · Like · Mark as Spam
Recent