TomTom announced today that it has extended its agreement with Apple to provide mapping data for Apple Maps. No other specifics or financials of the deal were disclosed.

TomTom begin its partnership with Apple in 2012 when Apple Maps was launched with iOS 6. A year later, Apple brought Maps to OS X. While TomTom provides most street-level data for maps, Apple sources data from other companies like Yelp and Booking.com for points-of-interest (POI) data. Many analysts believe the agreement heavily favors TomTom since they're able to work with such a large US company like Apple.

While Apple Maps had a shaky release with iOS 6, Apple has been making weekly updates to street data and POI data to improve the applications accuracy and usability. It was rumored that Apple would make several improvements with iOS 8 to the Maps application, including the addition of transit directions, improved POI data, and much more. Unfortunately, poor project management delayed those improvements. Apple also mysteriously operates a fleet of minivans, which could be related to mapping improvements or its rumored car project.

With WWDC 15 right around the corner, many suspect that Apple plans to announce some Maps application improvements with iOS 9. 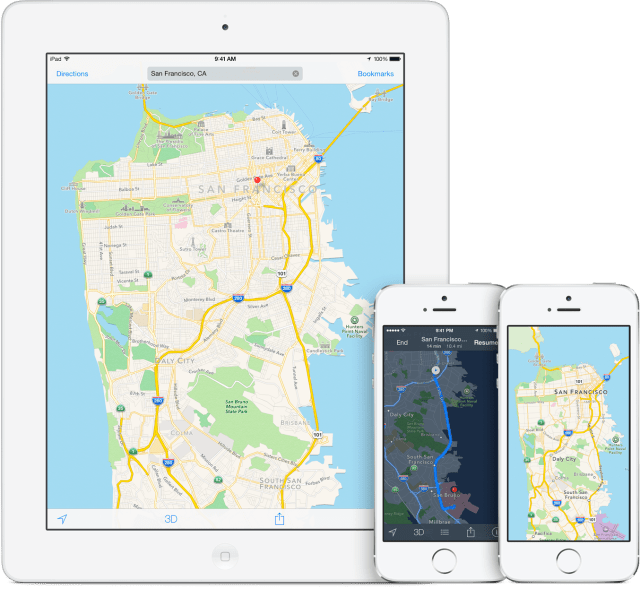