Apple recently presented its concept for the next generation of Apple Store to the Design Review Commission of the City of Germantown.

Here's a look at the current storefront... Here's what Apple is planning... 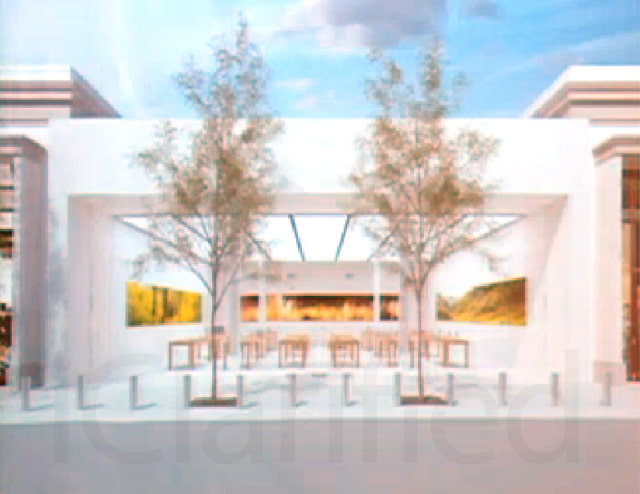 Apple's Rick Millitello told the commission, "Our project is the next generation of retail store that we're rolling out and that's the design concept that we have and we're really excited because this is going to be one of the first, if it's approved, that we build. So, we're really excited to expand in Germantown and we're excited to see the result of all the work that we've put in to develop this design. The granite reinforced panel that you're seeing on the exterior, we've taken great care to make that that's not a shinny surface that it's a matte. We really like the natural products and the look of that. We like the feel of the product. Looking inside the store you'll see our natural oak tables from the street as well."

When asked about the design being one of the first of its kind, Millitello replied, "It will be one of the first, we have some overseas that are rolling out in the fall and then in the U.S. this will be part of the first rollout."

In regards to the interior, Millitello said that along the side walls are "changeable displays".