Here are the full release notes for watchOS 2.0. The software update for Apple Watch was just released.

This update contains new features and capabilities for users and developers, including the following:

● New watch faces and timekeeping features
○ Time-lapse videos of Hong Kong, London, Mack Lake, New York, Shanghai, and Paris
○ Photo and Photo Album so you can see your favorite images every time you raise your wrist, including support for Live Photos
○ Time Travel with the Digital Crown to see what's coming in the future or what' s happened in the past a Nightstand Mode so your Watch can be used as a bedside alarm clock
○ 9 new colors to customize your watch face, and a new multicolor Modular face
○ Support for third-party apps to create complications

● Siri improvements
○ Start a specific workout, get transit directions, or ask to see a glance
○ Support for FaceTime audio calling and replying to email
○ Support for HomeKit to control supported devices in your home using Siri
○ New support for Austria, Belgium (French and Dutch), and Norway

● New developer capabilities including
○ Native SDK to build faster and more powerful apps running natively on Apple Watch
○ Access to accelerometer to more granularly track your motion
○ Access to heart rate sensor for use during a workout
○ Access to microphone and speaker to record and play audio
○ Access to the Taptic Engine with 8 different types of Haptic feedback
○ Access to the Digital Crown for more precise controls
○ Ability to play video directly on Apple Watch
○ Support for running apps without iPhone in proximity, including access to networking capabilities when connected to known Wi-Fi networks
○ Complications on the watch face
○ Workouts from apps can be counted towards Activity rings
○ Workouts from apps can be included in Activity app on iPhone

Some features may not be available for all countries or all areas.
For information on the security content of this update, please visit this website: http://support.apple.com/kb/HT1222

You can find instructions on how to install watchos 2.0 here. 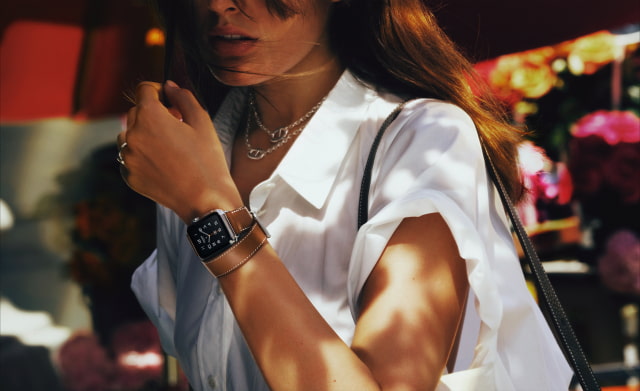 joshWUa - September 21, 2015 at 11:13pm
In all seriousness, you trolls need to check yourself. Your comments ain't even relevant or funny. With that said, loved my apple watch since I got it till today. Not cus of the design or software, but because of upgrading. Question is, do I have to upgrade to 9.0 so I can get watchOS 2? If that's so, I will have to wait because it's not worth losing my jailbreak.
Reply · Like · Mark as Spam

PHUKAI - September 21, 2015 at 10:45pm
How about update your knowledge so you'll know quality when you expect it! It runs like defined garbage.
Reply · Like · Mark as Spam