The Tigard Police Commercial Crimes Unit has seized 470 iPhones and hundreds of gift cards in an Apple Gift Card fraud investigation at the Washington Square Mall.

The operation took place on December 4th. Tigard Police observed a man conducting suspicious transactions at the Apple Store using large stacks of gift cards, which can be indicative of organized retail crime.

"Investigators continued to follow the suspect as he left the store with the purchases. The suspect was then observed opening the trunk of an occupied rented vehicle which was packed full of Apple shopping bags. The suspects then drove away from the mall and was stopped by police a short distance away on Highway 217 in Tigard."

"The two suspects cooperated with investigators by allowing a search of the vehicle and also providing receipts and details surrounding their purchases. In total, investigators seized 470 iPhones with an approximate value of $292,000 along with hundreds of gifts cards and transactional records totaling over $585,000. The investigation also led detectives to a nearby FedEx store where numerous boxes had been dropped-off earlier by the same suspects with intent to ship them to Hong Kong. The boxes, all containing Apple iPhones, were seized by Tigard investigators. The extent of the fraudulent purchases is likely to total three-quarters of a million dollars."

Investigators are still probing into the complexities of the transactions. They've determined that the purchases are linked to counterfeit credit cards from Southern California. 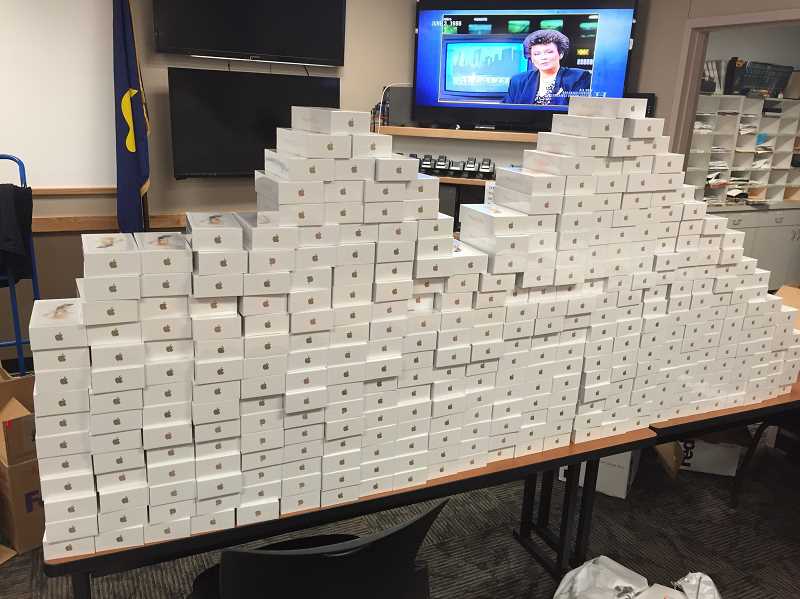 JuergenWest - December 25, 2015 at 9:09am
Wow, this is the same Apple store and mall where o purchased a couple iPhone 6s's on launch day. Very organised and super helpful and efficient staff! The criminals probably buy in Oregon to avoid sales tax.
Reply · Like · Mark as Spam

Undead - December 25, 2015 at 12:15am
There are a lot of resellers that use their own money to buy and resell to other country's, I would fell bad for this guy if that was the case.
Reply · Like · Mark as Spam