Samsung is planning to invest up to $7.47 billion in order to supply Apple with flexible OLED panels for future generation iPhones, reports ETNews. A contract with Apple has 'practically' been decided in which Samsung will supply most of Apple's panel demand.

Samsung is also looking to expand production for the Galaxy and other smartphone manufacturers. This could increase investment by more than $830 million this year.

There have been numerous reports of late predicting that Apple will switch to OLED displays. At the end of December it was reported that both Samsung and LG were near an agreement with Apple to become suppliers. 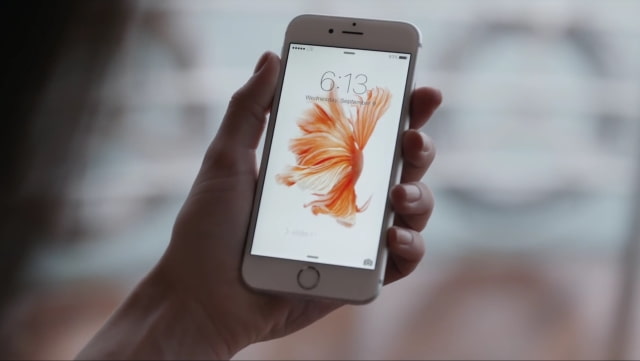 moose - January 14, 2016 at 7:34pm
i think apple should stick to what they do best, they shouldn't be waiting for samsung or any other company for that matter to make changes for them.being in the competitive market they are all in, they should take initiative to come up with something revolutionary like steve jobs and steve wozniak both did. that's apples niche. Be innovative, Be apple. Think Outside the Box
Reply · Like · Mark as Spam

. - January 14, 2016 at 8:45pm
Other than what apple is doing on the outside that most companies are doing when it comes to making the phone, the features are the phone are the exact opposite. It's been said that force touch will be copied just like everything else, but that's no surprise.
Reply · Like · Mark as Spam

Tai Nguyen - January 15, 2016 at 1:21pm
it's not like apple isn't doing anything revolutionary, im sure they are, apple still designed the parts, Samsung is just manufacturing it because it cheaper to manufacture in asia
Reply · Like · Mark as Spam

Justabrake - January 14, 2016 at 5:42pm
Samsung will be crying after the next lawsuit Apple pulls on them ! LOL their made for each other
Reply · Like · Mark as Spam