Apple has announced that it's raising App Store prices in seven countries including Canada, Israel, Mexico, New Zealand, Russia, Singapore, and South Africa. The changes are being made due to foreign exchange rate fluctuations.

Developers were sent an email notifying them that the prices changes will take affect within 72 hours.

-
Subscriptions will not be interrupted in Canada, New Zealand, Mexico, and Singapore. Shortly before their existing subscription renews, subscribers in these territories will receive an email from us to let them know about the price increase with the option to turn off their subscription. Subscribers in Russia and South Africa will need to resubscribe at the new price. Israel will not be impacted, as auto-renewable In-App Purchase subscriptions are not supported there. 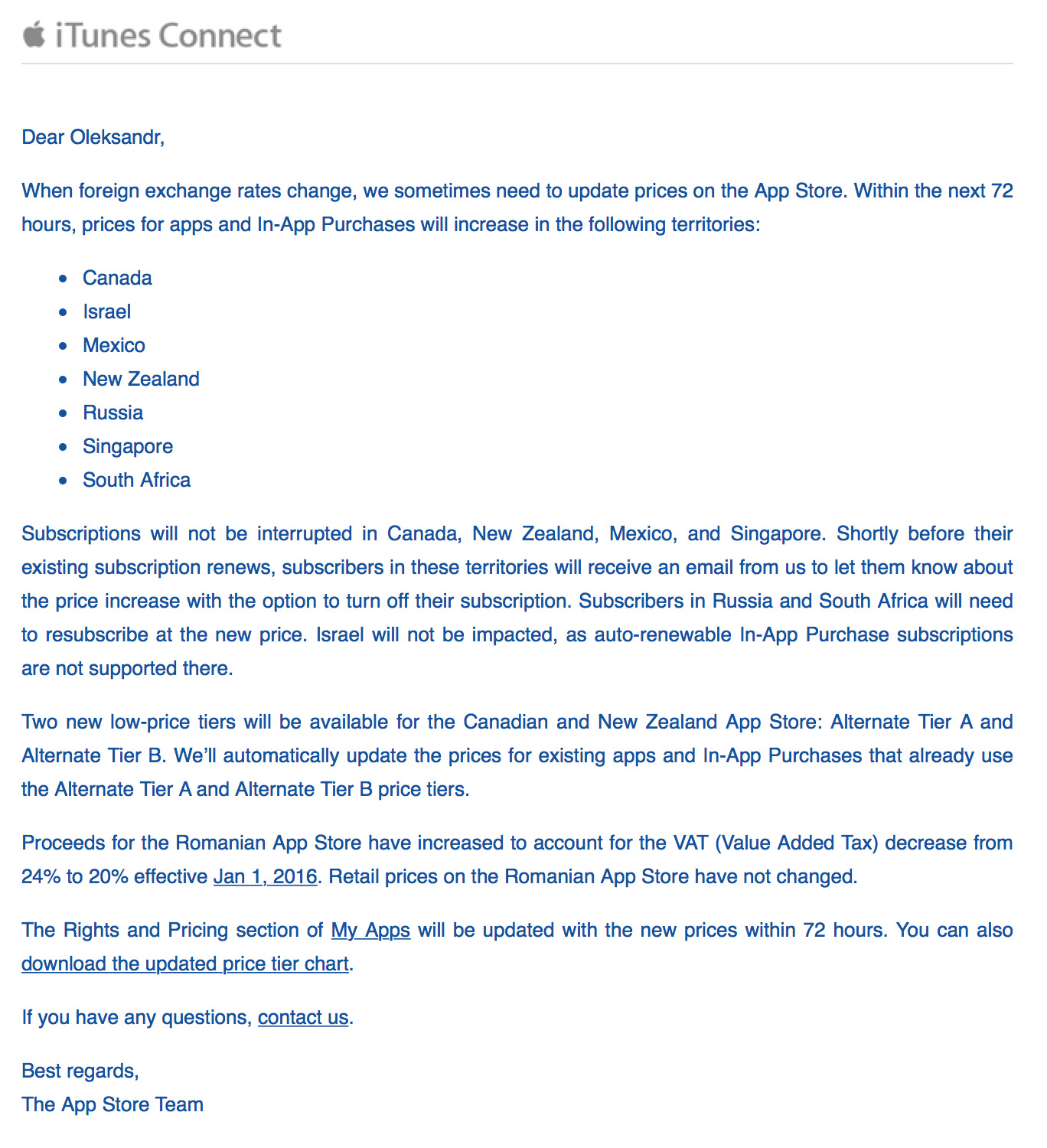