CEO Sundar Pichai and his team have told colleagues and outsiders that the company wants greater control over the production of its Nexus smartphones. This change would affect the involvement of hardware partners that have included Samsung, Motorola, LG and Huawei.

The move would be the latest step by Google to make Nexus phones more like the iPhone, which is controlled by Apple top to bottom, and strengthen Android’s brand overall in order to capture more share at the high end of the market that Apple dominates. Google doesn’t want its revenue-generating services for high-end smartphones to be at the mercy of Apple like they are now.

It appears as though Google wants to use its hardware partners similar to how Apple uses Foxconn as a contract manufacturing partner; rather than a development partner.

Google recently dropped the prices of its Nexus 5X and 6P smartphones with the unlocked Nexus 5X starting at $299 and the gold Nexus 6P starting at $449. 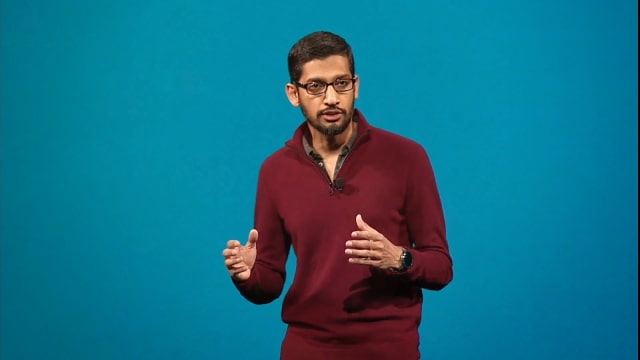 Googlebots - February 1, 2016 at 6:58pm
Haven't the ripped off Apple enough already? Whatever happened do the ruse about 'do no evil'?
Reply · Like · Mark as Spam

Aks - February 1, 2016 at 6:47pm
Its not technically. Its how business is done and business has to be done to survive. There are different business models and this is one of them. Apple did not invent this model in case you are wondering and want to cry out loud "COPYING". :)
Reply · Like · Mark as Spam

prostovank - February 1, 2016 at 7:31pm
I'm all about that iOS and Mac for the ease of use and the awesome Interconnectivity between devices. But This whole cry about one company copying another is too childish. Completely agree with what you said. (Keep in mind that companies like Apple have also ripped off others that we didn't hear about).
Reply · Like · Mark as Spam
Recent