"In addition to providing a web interface for users to access the same data as your app, you can now easily read and write to the CloudKit public database from a server-side process or script with a server-to-server key."

Use an API Token from a website or an embedded web view in a native app, or when you need to authenticate the user, described in Accessing CloudKit Using API Tokens. If the request requires user authentication, use the information in the response to authenticate the user. Use a server-to-server key to access the public database from a server process or script, described in Accessing CloudKit Using a Server-to-Server Key.

Developers can learn how to generate a server-to-server key at the link below... 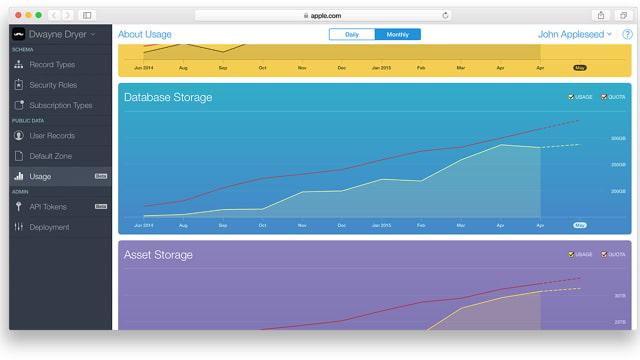