Corephotonics, an Israeli startup that specializes in dual-camera technology, demonstrates how its camera system works for CNET.

Debuting two years ago, the Israeli startup is finally ready to get its tech onto upcoming phones, and you're likely to see this technology in new phones as early as the third quarter of this year. The new dual-camera system promises optical zoom with no moving parts, while also allowing for better noise reduction that's not available on current phone camera sensors.

Corephotonics has three models currently ready for use in phones, the first is a combination of 13MP and 8MP lens for a maximum 3x optical zoom. The second is a combination of two 13MP camera with one being black and white only for better low-light shots. The third is a called 'Hawkeye' and features two 13MP cameras which enables 5x optical zoom and optical image stabilization.

The company says that the supply chain was not ready for dual camera lens last year; however, this year everything is good to go.

"Yet in 2015 the supply chain was not quite ready for dual cameras and was revamping for that," says Eran Kali, Corephotonic's vice president of sales and licensing. "I am happy to report that today, all three components demand, development and the supply chain maturity are in place. That goes for the camera manufacturing and also for the application processor framework."

Notably, Corephotonics competes with LinX, a camera company that Apple purchased last year and whose technology is rumored to debut in the iPhone 7. Apple is already said to be testing samples. 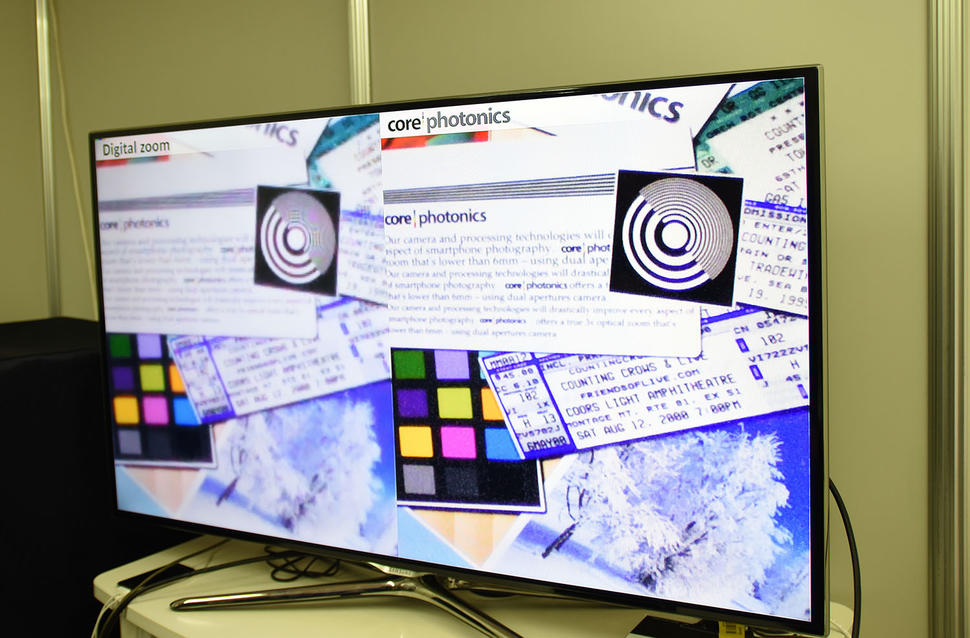