Apple is planning to unveil major changes to the Apple Music service at the company's Worldwide Developers Conference in June, reports Bloomberg.

The design of year-old music streaming service has often been criticized by users. After its initial trial period ended, American music industry analyst and critic Bob Lefsetz wrote, "Apple Music does the one key thing lousily too… And that’s play music. All the curation, all the b.s… Just let me play my tunes. And give me comprehensible playlists. Even better, give me a comprehensible interface."

Sources tell Bloomberg that a new UI is part of a refresh to Apple Music that will get unveiled at WWDC.

Apple is altering the user interface of Apple Music to make it more intuitive to use, according to people familiar with the product who asked not to be identified because the plans aren’t public. Apple also plans to better integrate its streaming and download businesses and expand its online radio service, the people said. The reboot is expected to be unveiled at the company’s Worldwide Developers Conference in June. The changes will be accompanied by a marketing blitz to lure more customers to the $10-per-month streaming service.

The new look to Apple Music is being overseen by Robert Kondrk and Nine Inch Nails frontman Trent Reznor. There has also been input from Jony Ive's team, Jimmy Iovine, and Eddy Cue.

The Apple Music team has struggled through the departures of many former Beats employees including Beats Music Chief Executive Ian Rogers, product head Ryan Walsh, chief designer Ryan Goodman, vice president for engineering Bobby Gaza, and senior visual designer Jackie Ngo. Despite these setbacks, Apple leaders say the team is working better together and are they optimistic about the new look and feel for Apple Music. 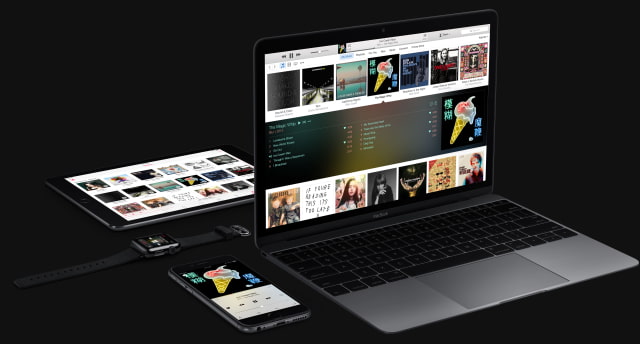 About time... - May 4, 2016 at 4:26pm
Thank God, I really don't like the interface. And why the heck can't I group artists by name in Genre view? Who the hell remembers album names, especially when most people never even buy a complete album anyway nowadays. Umf.
Reply · Like · Mark as Spam

iProService - May 4, 2016 at 3:59pm
It's $10 a month, not bad considering the access to Apple's entire music library it grants, however the current interface is indeed terrible and difficult to navigate. Excited for the update. Bring it on!
Reply · Like · Mark as Spam