AT&T and T-Mobile have officially halted sales of the Samsung Galaxy Note 7 after reports of replacement devices catching fire.

A defect in the battery of Samsung's new Galaxy Note 7 resulted in a massive recall of the smartphone last month. The battery defect caused many devices to explode and catch fire.

U.S. Carriers are now refusing to sell the phone with AT&T and T-Mobile announcing a halt to sales today.

"Based on recent reports, we’re no longer exchanging new Note 7s at this time, pending further investigation of these reported incidents," said an AT&T spokesperson in a statement to The Verge. "We still encourage customers with a recalled Note 7 to visit an AT&T location to exchange that device for another Samsung smartphone or other smartphone of their choice."

---
While Samsung investigates multiple reports of issues, T-Mobile is temporarily suspending all sales of the new Note7 and exchanges for replacement Note7 devices.

Customers can still bring their recalled Note7 or the new replacement Note7, along with accessories they purchased from T-Mobile, to a T-Mobile store for a full refund and choose from any device in T-Mobile’s inventory. We’ll waive any restocking charges, and customers who purchased during pre-order can keep the free Netflix subscription and Gear Fit or SD card they received.

Customers should visit a T-Mobile retail store to begin the return process. For additional questions, customers can call our customer care line at 1-844-275-9309.
--- 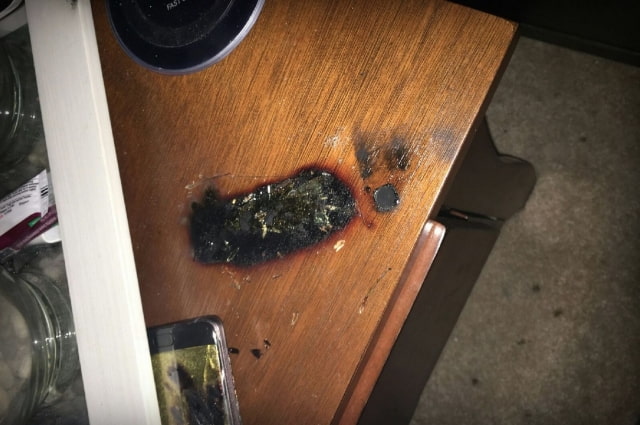 JB - October 12, 2016 at 1:35am
I am fine paying good money for good products. The fact they produce and make products overseas is extremely annoying. However the exorbitant tax and rules and regulations is the us are disgusting. The reason they make products overseas is because their profoundly profitable and sell the product their. Why should they be required to pay 35% for products overseas , it is appalling. The national debt is 20 trillion and they have $300 billion in cash. Obviously they have to management that controls spending. They are simple lambasted for being successful. Its a absolutely a joke, and why their is 20 trillion in debts. Its disgusting...
Reply · Like · Mark as Spam