Apple hasn't refreshed its routers since 2013 and according to a recent report it has disbanded the division that develops them. The news is even more disappointing when looking at the results of J.D. Power's new study. Apple easily beat its competition to be the only wireless router awarded a five star rating with a score of 876 out of 1000.

The report finds that overall satisfaction with wireless routers has increased by a full 24 points from 2015, and is now 847 (on a 1,000-point scale). While satisfaction has improved in all 10 factors, the largest increase is 30 points in ease of use (which includes the installation process). Another area related to ease of use with the product is restoration of service with minimal effort, in which overall satisfaction has increased 27 points from last year (to 854 from 827). Product features related to the performance of wireless routers also have significantly improved. Reliability of service connection, range of Wi-Fi signal and download/upload speeds have generated increases in satisfaction of 24, 26 and 25 points, respectively.

Key Findings
● Overall satisfaction among customers who say they “definitely will” or “probably will” purchase the same wireless router brand they currently own is 241 points higher than among those who say they “definitely will not” or “probably will not” repurchase the same brand in the future (615 vs. 856, respectively).
● Fewer than two in 10 (16%) customers experience problems with their wireless router. The most frequently experienced problems reported include frequency of resetting the router (42%); slow internet speeds (38%); initially connecting to the internet (31%); limited Wi-Fi range (26%); installation process (31%); and slow upload/download speeds (21%).
● The percentage of customers who access the internet via a wireless router in their home varies by type of device. Most customers use a wireless router to connect their laptop (82%), followed by smartphone (80%); tablet (71%); desktop (55%); gaming console (53%); printer (50%); smart TV (47%); and streaming device/media player such as Chromecast or Roku (42%).
● Price is the primary reason for choosing a wireless router brand (45%), followed by range of signal strength (41%), brand reputation (37%) and ease of use (34%).
● The average price paid for a wireless router is $124—an increase of $16 from 2015.

Check out the chart below for more details. Apple's AirPort Extreme, AirPort Express, and Time Capsule are still available for purchase and Apple has not officially announced that it will stop making any of those devices. You can follow iClarified on Twitter, Facebook, Google+, or RSS for updates. 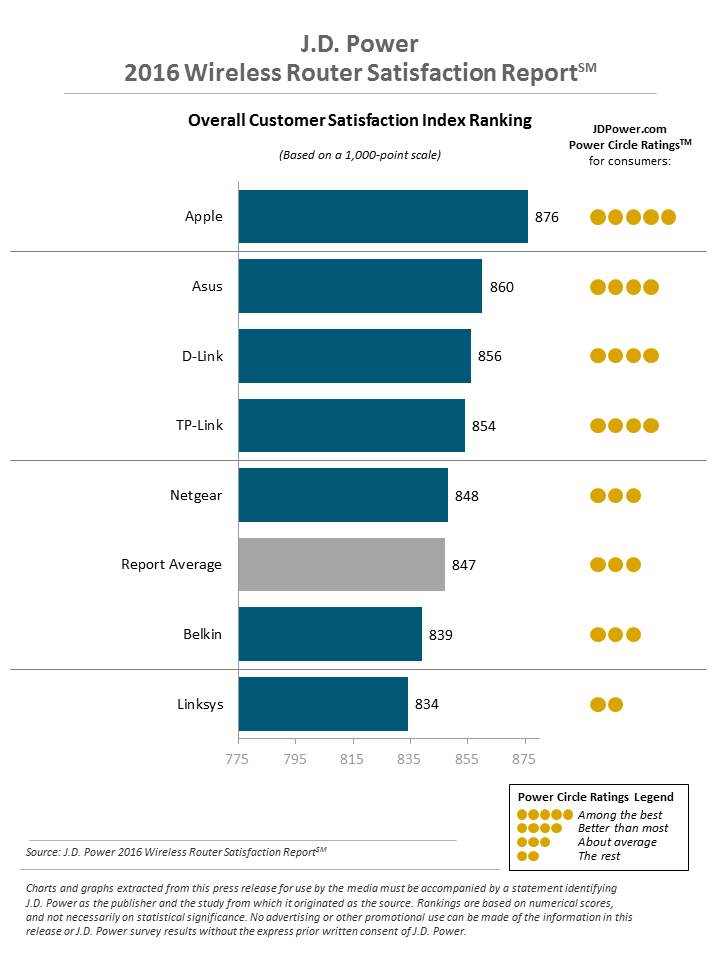 Travis Shevlin - December 2, 2016 at 1:56pm
How do the specs of the Google Wifi measure up to the Apple Airport Extreme or Express? Can't figure out which Wifi to get - and I just purchased the Sonos Playbar so I want to make sure I have the best possible unit.
Reply · Like · Mark as Spam

Mang Domeng - December 1, 2016 at 9:46am
Very satisfied with this router. I connected all my hard drives and made them wireless in its single usb port which you can't do with other routers. Mounting the drives is easy and once your out and back in the network, it easily find and connect to the hard drives. Until now I'm still using this
Reply · Like · Mark as Spam