Luca Todesco has announced that he will very likely release a jailbreak for iOS 10.1.1 that will work on the iPhone 7!

The jailbreak will use a Kernel and Root exploit just released by Project Zero Team.

This morning Todesco tweeted, "There is a high chance I will take up whatever project 0 drops and write a full jailbreak on top of it. stay on 10.1.1, especially on i7"

He followed up, noting that "what I will be doing is provide a patch on top of Ian’s code that removes his post-exploitation stuff"

Additionally, Todesco indicated that his code will not be opensourced and will very difficult to reverse.

"I will not be opensourcing that and it will be heavily obfuscated. You’re not losing anything: the code is basically unreadable lol."

Todesco has successfully jailbroken the iPhone 7 already. He has demonstrated a jailbreak of the device on iOS 10.0.1 and iOS 10.1.1.

If you are still on iOS 10.1.1 we recommend staying on this firmware if you want to jailbreak in the near future. 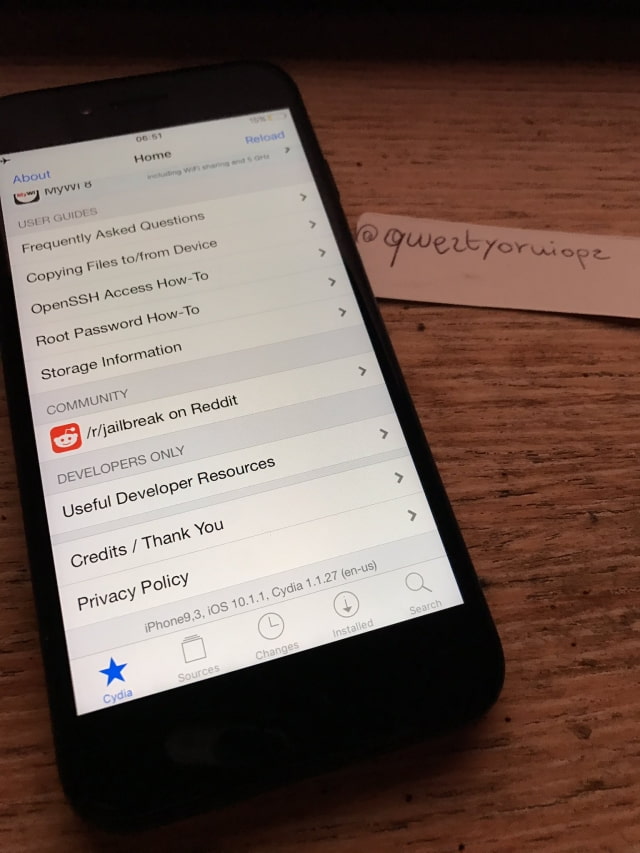 @ Everybody - December 18, 2016 at 8:03pm
What we need to talk about here is whether you should either choose to lose your current 9.3.3 jailbreak or update to 10.1.1 and lose jailbreak before signing window closes all based on Luca's "possible" jailbreak tool.....Trolls need to go away please don't got time for this.
Reply · Like · Mark as Spam

Cycling Asia - December 19, 2016 at 4:56am
As it stands now, what we have here is full write access to everything under the /var directory. This gives the smart people a lot of access to information that was previously locked away. A person now has access to all the settings files on their phone. This is powerful in itself. If a jailbreak does not come from the current exploit, I believe there will be a lot of useful desktop utilities to hack and modify your phone using the exploit I've even managed to prevent the 10.2 update appearing on my iPhone, so I'm safe from a 10.2 update (note that I can undo the change quite easily). So this is useful, very useful. I recommend updating to 10.1.1 as no matter what comes out of the work people are doing, good things will happen.
Reply · Like · Mark as Spam

@ Hank - December 18, 2016 at 7:51pm
It's not outdated at all....jailbreak gives me free wifi tethering (1 jb tweak made my iPhone into a router in my house got 2 laptops connected to it. That one tweak alone saves me monthly fee on "allowing" me to use the wifi hotspot feature a d I don't gotta pay any cable providers too..................I can name a dozen other tweaks that will prove my point in annihilating you. Shut ur face down.
Reply · Like · Mark as Spam