Andy Hargreaves, equity research analyst at Pacific Crest Securities, claims that Apple may be forced to drop Touch ID or delay production if it can't resolve issues with integrating the sensor under the next generation iPhone's display.

Likely options for Apple include a delay of production or elimination of fingerprint sensing on the OLED iPhone. We believe Apple continues to work on solving its optical fingerprint issues. If it's able to solve the problems in the next month or so, it would likely place volume orders at that point. This would likely lead to a delay of the OLED iPhone launch, but we would not expect it to meaningfully affect volume for the cycle. If it's not able to fix the problems in that time frame, Apple may be forced to eliminate fingerprint sensing from the OLED iPhone altogether.

Hargreaves doesn't believe that Apple has submitted firm productions orders for the optical fingerprint module which suggests the functionality may not be ready. He also believes that Apple has evaluated and passed on Synaptic's solution.

This isn't the first time we've heard reports on possible delays due to the Touch ID. Analyst Timothy Arcuri of Cowen and Company reported last week that integrating the Touch ID sensor into the iPhone 8's display remains a big bottleneck for Apple.

If Touch ID is dropped it would create enormous pressure on unproven 3D sensing tech to replace the verification system on current generation devices.

Suppliers suggest that the solution is both fast and highly reliable, even in low-light scenarios or from odd angles. If this proves accurate, reliance solely on 3D sensing for biometric login and verification could be a viable and innovative replacement for the highly popular fingerprint sensor. 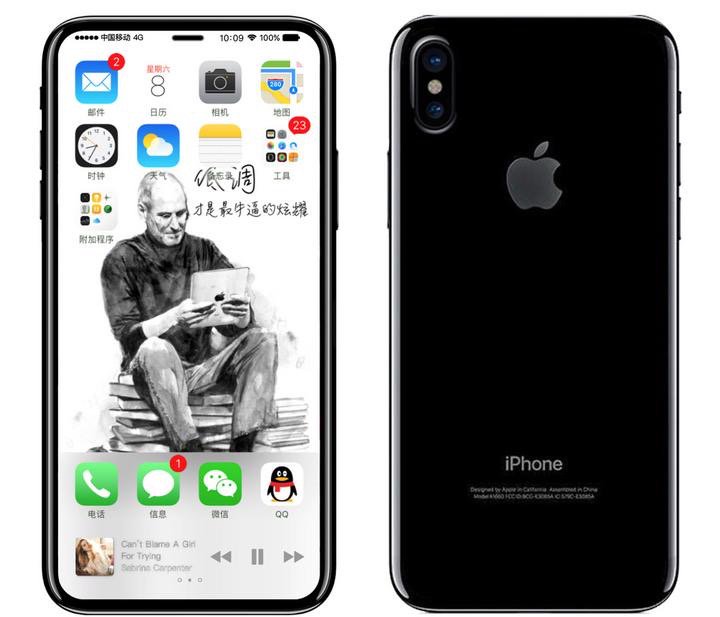 Chip - April 18, 2017 at 7:08pm
It's time for Apple to stop being so greedy in reheating a phone ready year move it to 2 years that should be more than enough time to see something worthy not these small upgrades.
Reply · Like · Mark as Spam

odedo1 - April 18, 2017 at 9:43am
I was so sure that problems will appear with the new screen and I also wonder if Apple managed to add force touch on the OLED Screen because if it was so easy then Samsung would already have copied it. About fingerprint sensor, if Apple won't be able to solve it there are other options like on the back of the phone or on the On/Off-Sleep/Awake button, one thing for sure Apple is in trouble promising before having a working model.
Reply · Like · Mark as Spam

Chris - April 18, 2017 at 9:57am
The S8 does have force-sensing capabilities. Samsung just doesn't appear to have done much with it.
Reply · Like · Mark as Spam