Joe Hewitt, the developer behind the iPhone Facebook app, has quit due to tyrannical App Store approval policies.

Hewitt tweets, “Time for me to try something new. I’ve handed the Facebook iPhone app off to another engineer, and I’m onto a new project.”

My decision to stop iPhone development has had everything to do with Apple’s policies. I respect their right to manage their platform however they want, however I am philosophically opposed to the existence of their review process. I am very concerned that they are setting a horrible precedent for other software platforms, and soon gatekeepers will start infesting the lives of every software developer.

The web is still unrestricted and free, and so I am returning to my roots as a web developer. In the long term, I would like to be able to say that I helped to make the web the best mobile platform available, rather than being part of the transition to a world where every developer must go through a middleman to get their software in the hands of users.

If the developer of what is likely the most popular iPhone application has reached such frustration then think about how the rest of the developers must feel. Apple has a real problem here. 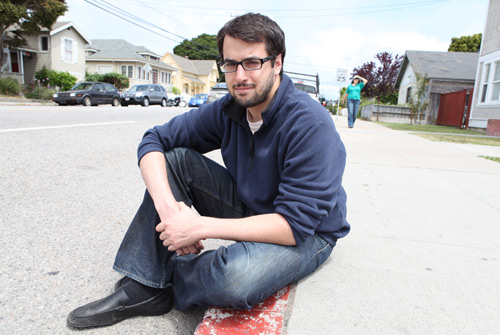 Bastion - February 22, 2010 at 3:09am
\"I am philosophically opposed to the existence of their review process.\" He\'s not \"frustrated\", like something about his experience with Apple\'s review process was difficult or broken or inconsistent or slow -- he said it simply shouldn\'t exist because \"the Internet is free, man\". How many times have we heard that? And as for middlemen, is he unaware that most software is published? It has to go through a process of quality checks, marketing, communications, etc. to ensure it is ready for consumption? Maybe in his world you just slap some executables up on a website and say to users \"have at it\" (oh, wait, that IS open source/free software, isn\'t it?), but that isn\'t how professional software is created, and it\'s not how Apple creates it. Sounds to me like someone trying to blow some trumpets to get a new, higher paying job...
Reply · Like · Mark as Spam

Yingie - November 12, 2009 at 4:35am
Why don\'t people go to Android then? Or join the jailbreakers over at Cydia? It still strikes me as odd that Apple is so critisized for releasing the ultimate mobile experience to the public. Apple has been accused of being greedy and secretive but I find \'developers\' who whine about \'not getting their software to the users\' rather greedy and selfish themselves. Why don\'t they engineer their own multi-touch mobile phone, eh? See how tight they keep a lid on that.
Reply · Like · Mark as Spam

Moron - November 12, 2009 at 9:25am
Dude ur a fucking moring, App store exist cuz of the early jailbreak iphones with Installer. Then apple decided to release App store cuz of the hype for jailbreak and apps.
Reply · Like · Mark as Spam

ellijjott - November 13, 2009 at 11:59am
straight to the point!!! Apple provide developers with a way to make a money - not self-promotion... big deal if someone doesn\'t want to make apps for apple product under apple\'s rules... it will be another guy who is willing to work and will be a customer who will use it...
Reply · Like · Mark as Spam
9 More Comments
Recent