Morgan Stanley analyst Katy Huberty is out with a research note that predicts 2018 will be huge year for Apple.. However, corroborating recent reports, Huberty says there is "increasing evidence OLED iPhone launches in October, rather than September."

"In light of the most meaningful feature and technology upgrades in iPhone's history — including OLED displays, wireless charging, and 3D sensors for AR — we believe it's reasonable to assume the new, higher-priced OLED iPhone ships in October rather than September," Huberty wrote.

Huberty believes we will see a 'supercycle' of sales; however, this is something other analysts have disputed. Deutsche Bank is calling the supercycle hype overblown. 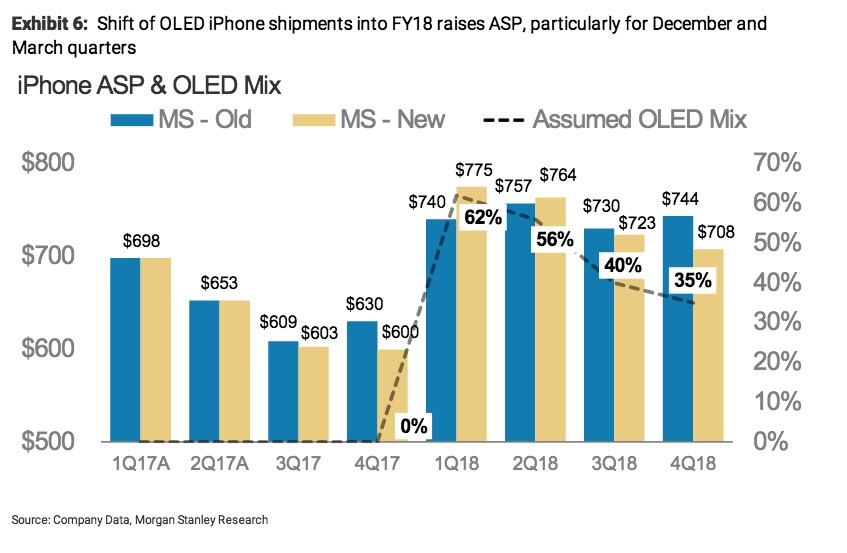