Mass production of all three new iPhones has been delayed, according to a new report from the Chinese language Economic Daily News via DigiTimes. The OLED iPhone is now expected to enter mass production in November - December.

While there were previous reports indicating that volume production for new iPhone devices has commenced, yield rates at the two main ODMs, Foxconn Electronics and Pegatron, have not yet reached levels that warrant mass production, the report said.

Mass production of the new 4.7-inch and 5.5-inch models is also reportedly delayed but should get underway in August. That's about 1-2 months later than normal.

We've been hearing numerous reports that suggest Apple is struggling to get its new phones ready for the fall launch. The company is allegedly having issues with integrating Touch ID capabilities in the iPhone 8. There's also been claims of a 'sense of panic' at Apple over software related issues. 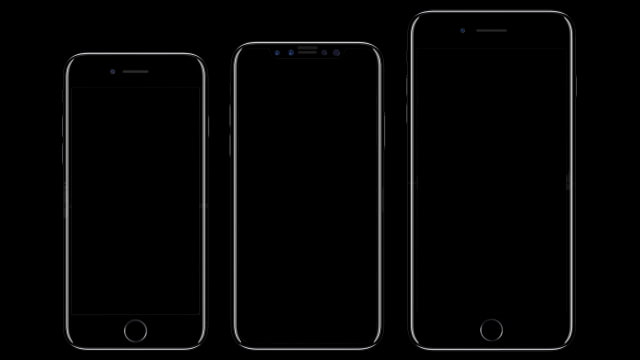 lemon46 - July 18, 2017 at 12:39am
Not only are the issues for real they have been developing little by little over the time Cook has been on the throne. Now the big one is a about to drop and what should have been a monumental 10 year anniversary iPhone release is going to be a shareholders disaster. This could literally be the end of the Tim Cook days. I know the fanboys don't like reality but sorry folks Apple is going to take a Microsoft size beating on this complete cluster. Add to that the customers that Apple has trashed like the Mac Pro, Mac Mini, Apple Watch and the Apple TV loyalists that for years have gotten nothing more than buggy OS updates. The new iMacs are outdated upon release. The 21 inch iMac with a 5400 spinning HD is laughable and the expected iMac Pro will costs twice the price of the Surface and do half as much. Developers follow the money people and Apple has nothing worth developing new apps and technologies for because of the companies performance under Cooks leadership. If you missed out on buying a Newton just buy an Apple watch. You'll still get that "I got screwed" feeling. On the brighter side Apple was able to preview some new emoticons so it's not like everyone in Cupertino is screwing off.
Reply · Like · Mark as Spam

D4xM4Nx - July 17, 2017 at 3:41pm
All these reports with questionable credibility that either come from competitors trying to make people stumble on them, or it's the usual hype during development/production because drama sells, only much stronger this year.
Reply · Like · Mark as Spam

inyourmouth - July 17, 2017 at 2:34pm
expectations are so high that they are bound to disappoint. the thing is, the longer the delay, the bigger the expectation. maybe they should do a spring release and do it right then release something less than expected. honestly they should just a do an apple shaped touch id in the back. not an elegant solution but acceptable. not a touch id and an apple logo but have them combined. bottom line though is that they need touch id. the ir eye scan and face scan and all these things are not as good. i've talked to s8 users and they use the touch id the most. personally, i'm not holding my breath as my 6s plus is still rocking it. if they want me to pay a hefty price tag, it better be flawless.
Reply · Like · Mark as Spam