There's a sense of panic at Apple as iPhone 8 problems persist, reports Fast Company. A source told the site that June was a tense month for engineers and designers with 'a sense of panic in the air'.

The company has been working feverishly to fix software problems in its hotly anticipated 10th-anniversary iPhone that could ultimately cause production and delivery delays, the source says. If the software problems aren’t resolved quickly, the new flagship iPhone could even launch with major features disabled.

The iPhone 8 will reportedly feature inductive charging, likely based on the Qi wireless charging standard or a variant of it. The components are provided by chipmaker Broadcom and are not the problem, says the source. Rather, it's the software that's not ready.

If Apple can't get the technology working smoothly, it may have to ship the iPhone 8 without wireless charging enabled. The company has done this with features in the past such as Portrait mode on the iPhone 7 Plus.

Apple is facing a similar problem with the 3D sensor which will reportedly be used for facial recognition.

Without confirming that’s what the front-facing 3D sensor is for, my source says Apple has been struggling to get the sensor to work reliably. Again, the sensor hardware is not the problem, but rather the accompanying software. The source believes Apple will likely have the 3D software working in time. But if not, the company could include the sensor in the phone anyway, and turn it on later on with a software update.

Even new OLED display has been giving Apple trouble. There are no functional issues with the panels but the company is having trouble getting enough panels. A bulk of the displays are reportedly coming from Samsung.

Recent reports have said Apple is struggling with Touch ID as well. Apple is purportedly trying to embed the sensor under the display but numerous sources have suggested that it won't be working in time and Apple may even need to drop Touch ID altogether. Fast Company's source says these reports are plausible but in all likelihood the fingerprint sensor will be embedded under the display.

Software problems are being amplified by enormous pressure to deliver the iPhone 8 on time and by huge, possibly overblown, expectations for the new smartphone. It's pretty late in the cycle for Apple to be dealing with these issues but hopefully they will be addressed in time for a fall launch. Please follow iClarified on Twitter, Facebook, Google+, or RSS for updates. 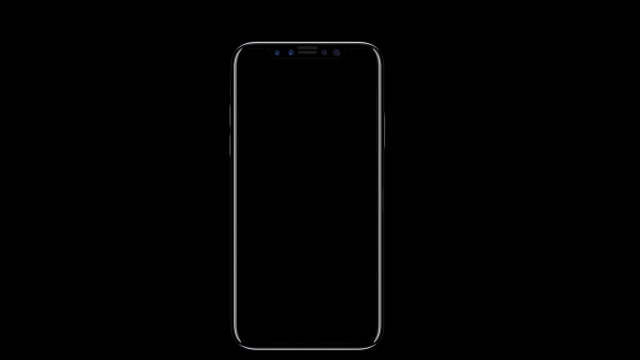 Regal Beagle - July 12, 2017 at 3:44pm
This is all a part of the grand scheme of some precise marketing. “Oh no, there might not be enough parts to make a full shipment upon release day... better preorder or spend the night in front of our store to get one!!!”. All of this “Panic” is hogwash. You don’t think Apple plays a role in this “leaked” info and/or rumor mill crap?!? Cmon... it happens every year now... the exact same way, lol Not complaining, just saying.
Reply · Like · Mark as Spam

swen - July 12, 2017 at 2:13pm
Does anyone really believe that Apple has been working on this iPhone iteration and perfecting it, for less than a year ? Apple doesn't leave anything too chance, and more than likely miraculously around September, the parts shortages and software/hardware issues will have been solved, and the device will be ready for shipment...on a limited basis of course.
Reply · Like · Mark as Spam

lemon46 - July 13, 2017 at 2:03am
hahahahaha You actually believe that. That is so hilarious. Are you seeing unicorns in your back yard ?
Reply · Like · Mark as Spam
9 More Comments
Recent