Deutsche Bank is out with a new note warning investors that expectations for another iPhone supercycle are far too high.

In the note seen by Business Insider, analysts Sherri Scribner, Adrienne Colby, and Jeffrey Rand write, "We believe investors will be disappointed by iPhone growth in FY-18 and FY-19." They believe fundamental challenges in the smartphone market are being ignored including saturation in mature markets, elongated refresh cycles, declining share, increased competition in China, and a growing secondary market.

Back in 2015, "everything went right for the iPhone 6 cycle." Sales were boosted by a several advantages that will not repeat including a much larger display and the addition of China Mobile as a carrier. "That cycle saw peak iPhone shipments of 231M in FY-15, a shipment level the company has not been able to repeat."

"Given most smartphones are now refreshed on a roughly 2.7 year cycle, we think FY-18 should be measured against FY-15. This cycle and our installed base estimates suggest Apple could ship about 230M iPhones in FY-18. However, Street expectations are modeling shipments of 244M units, implying an additional 13M iPhones shipments beyond refresh."

There are also reports that the new iPhone will cost significantly more than the existing models and could be in limited supply. "Generally, when prices go up, demand goes down," wrote the analysts. "A scenario where prices go up and demand goes up seems highly unlikely in our view."

Of course, it's possible that Apple could steal significant market share from Android manufacturers if the device wows consumers enough to make the switch. 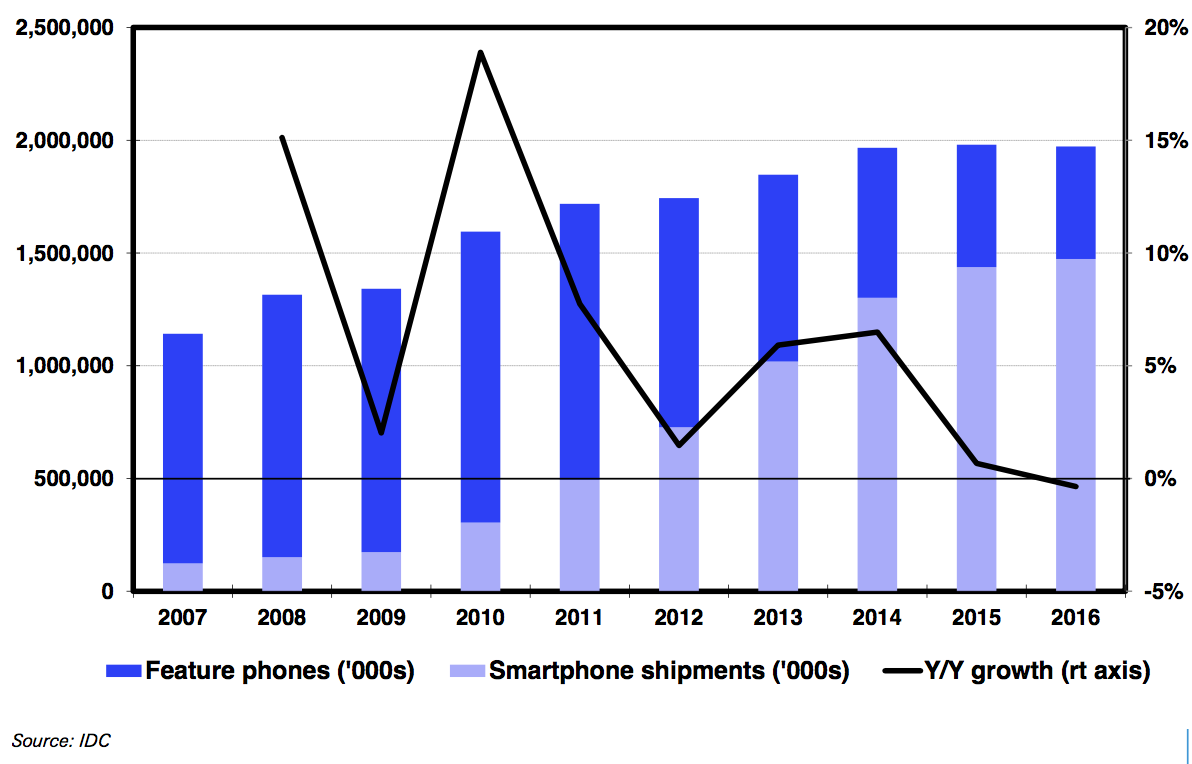 D4xM4Nx - July 12, 2017 at 6:34am
A bank? Give a break... The only things banks are good at, is stealing money from their cardholders and serving as backdoor for drug lords, corrupt governments and the like. The iPhone 8 needs to do so much better than the iPhone 6s/7 in order to land a massive success, yet my hopes are siding with it.
Reply · Like · Mark as Spam

Hmmm - July 11, 2017 at 5:26pm
iPhone 8 must have a big overhaul cause we have been waiting since iPhone 6 for a change and with iPhone 7 the only thing changed was the antenna placement and Apple taking away the headphone jack in order to force the sales of the AirPods.
Reply · Like · Mark as Spam