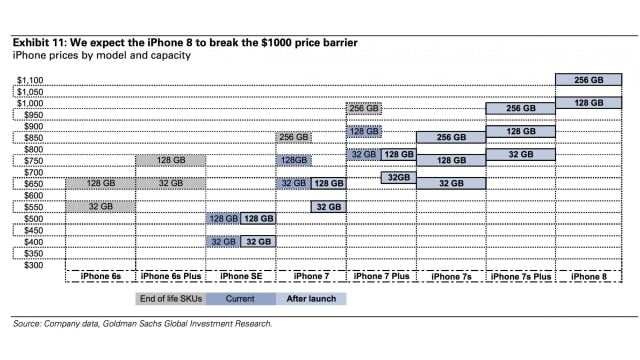 Jankowski believes that Apple has now locked down the design of its new smartphone.

"Apple usually explores multiple designs in parallel. However, with only 4 months left until
launch, we believe Apple has now locked down the design."

Recent reports suggest that Apple suppliers may have solved component yield issues and that production is on schedule for a September unveiling and October launch. 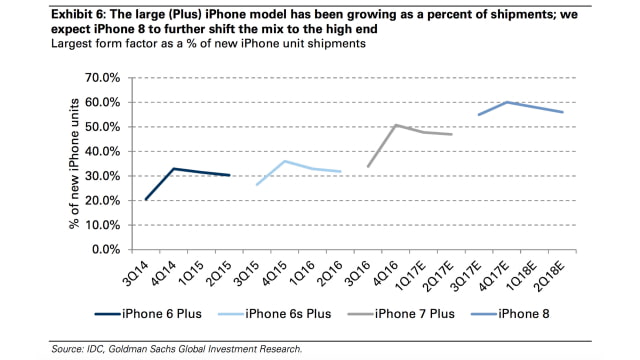 Paul - May 14, 2017 at 1:31am
Everything goes up, it's economics. I have had every iPhone released and have no problem with this price prediction for the iPhone 8. You either love Apple or you're a droid.
Reply · Like · Mark as Spam

Hmmm - May 14, 2017 at 10:02pm
Everything doesn't go up. Apple adds a feature and says we need to raise the price. Samsung and other phone companies add features and keeps the price the same. Apple does it cause they know their sheeps will pay anything. And before people talk smack they need to be more realistic and know that the samsung stats are better than apple. I'm an apple fan for life but if you really know about specs and not just a apple bandwagon user, you know that Samsung specks are way better than iPhone.
Reply · Like · Mark as Spam

Great! - May 15, 2017 at 12:27am
Supply and demand! If no one wants the iPhone, they won't be able to sell something many at a high price. The fact is that people still pay for it because they see the value. A Samsung phone loses value way way faster, even with all the so-called high end specs.
Reply · Like · Mark as Spam

Forcemariedtoapple - May 13, 2017 at 4:52pm
Only product on the market whos price is going up year after year. F Apple .
Reply · Like · Mark as Spam
2 More Comments
Recent