The site notes that Apple has scaled down its self-driving car efforts, working on underlying technology rather than an Apple-branded autonomous vehicle.

Five people familiar with Apple’s car project, code-named “Titan,” discussed with The New York Times the missteps that led the tech giant to move — at least for now — from creating a self-driving Apple car to creating technology for a car that someone else builds. They spoke on the condition of anonymity because they were not authorized to talk publicly about Apple’s plans.

Originally, Apple was looking at ways to redesign car interiors without a steering wheel or gas pedals, ways to add virtual or augmented reality into displays, new light and ranging detection sensors (lidar), spherical steering wheels, a carOS, and more. Those plans have been scaled back under the direction of Bob Mansfield. However, the company is said to be working on an in-house shuttle service called PAIL, short for Palo Alto to Infinite Loop, that will reportedly help Apple test its self-driving technology.

A notable symbol of that retrenchment is a self-driving shuttle service that ferries employees from one Apple building to another. The shuttle, which has never been reported before, will likely be a commercial vehicle from an automaker and Apple will use it to test the autonomous driving technology that it develops.

Apple already has an autonomous vehicle test permit. The permit covers three vehicles, all 2015 Lexus RX450h, and six drivers. You can watch a video of the test vehicle here. 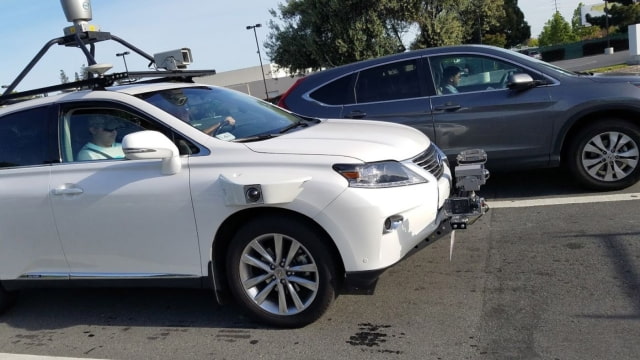