Slides from an alleged Foxconn presentation reviewing the development of the next generation iPhone have leaked.

Project Cyclops is believed to be the next generation OLED iPhone 8/Edition. Notably, on the historical milestone chart we can see that during the beginning of the EVT2 stage (Engineering Validation Test), there is a 'Cyclops - ID Rear Touch Relocation' event followed by a 'Fixture rework' event.

We've seen numerous leaks of iPhone rear shell which appears to have a cutout for Touch ID. It's possible that these were early prototypes and that the Touch ID sensor has been relocated or removed. 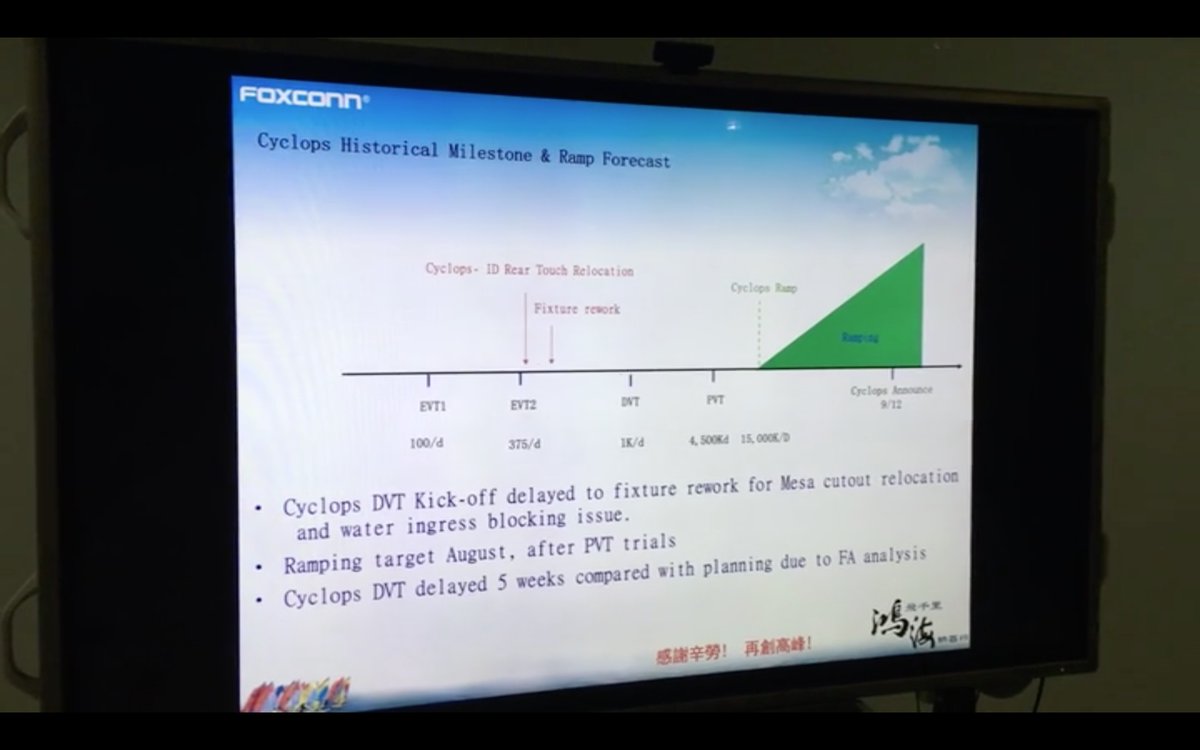 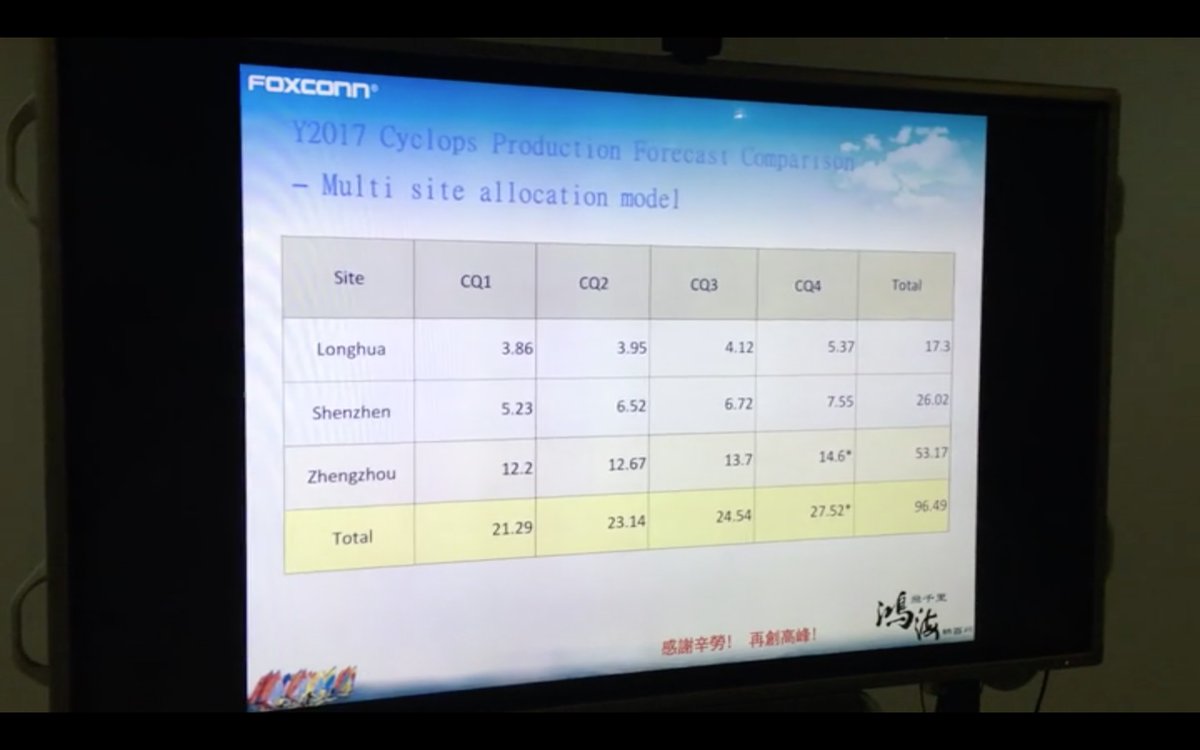 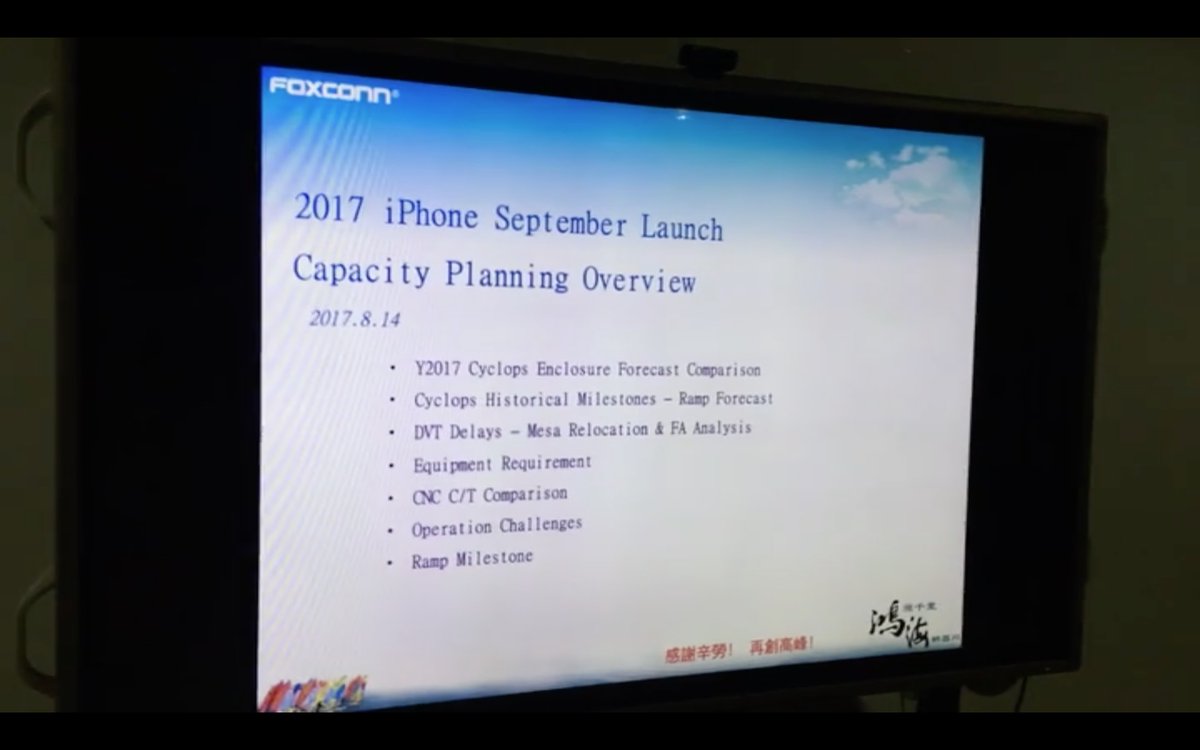 JG1170 - September 7, 2017 at 6:09am
I personally believe that this presentation is not speaking about the OLED iPhone (Project Ferrari). I believe it is actually talking about the "7S" or "7S+" I also believe that the relocation simply means thy moved it from a centered location on the rear (early leaks show this) to a higher location, nearer to the Apple logo (newer leaks show this).
Reply · Like · Mark as Spam

D4xM4Nx - September 7, 2017 at 3:05am
It's fun reading these documents being launch day so close, Apple has always worked for easy to use UI and no-second-thoughts features. Whatever they came up with, is for the greater good, I hope.
Reply · Like · Mark as Spam

Hmm - September 6, 2017 at 8:06pm
I wonder if Apple leaked that early TouchID design on the back to get the public opinion, then changed it at the last possible moment.
Reply · Like · Mark as Spam

Kevin Barth - September 6, 2017 at 9:47pm
You will wonder, you will see, you will crib, you will accept, you will live with it, you will preach that's perfect(out of no choice). - The 6 stages of an apple fanboys iphone event lifecycle.
Reply · Like · Mark as Spam
3 More Comments
Recent