Apple has officially announced a September 12th iPhone event that will take place at the new Steve Jobs Theater.

Let's Meet at our place.
Please join us for the first-ever event at
the Steve Jobs Theater in Cupertino.

We're likely to see the launch of three new iPhones at the event - an iPhone 8, iPhone 7s, iPhone 7s Plus. The iPhone 8 would be Apple's tenth anniversary smartphone. It's believed to feature an edge-to-edge 5.8-inch OLED display with a notch in the bezel at the top for the earpiece and front facing camera. It will use a virtual Home button in place of the traditional physical Home button at the bottom of the device. The device will purportedly incorporate a revolutionary 3D sensor that is years ahead of the competition to enable facial recognition and augmented reality features. It's also said to feature a glass back to facilitate inductive wireless charging. The latest reports claim Apple was not successful in embedding Touch ID under the display and so the iPhone 8 will only feature Face ID (Pearl ID) for biometric security.

In addition to the next iPhones, Apple is also expected to unveil a new Apple Watch with LTE support and a new Apple TV with support for 4K video.

It's suggested that Apple could release its new iPhones 10 days after the event on September 22nd. 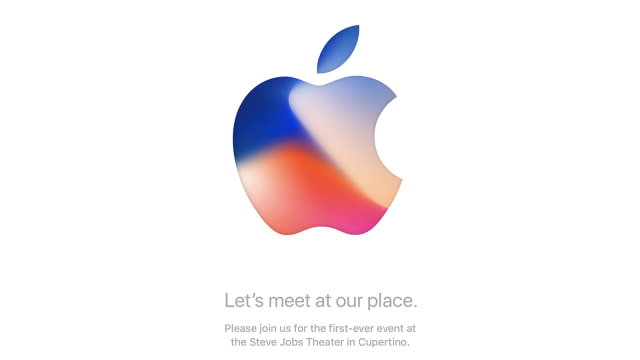 Raas Al Ghul - August 31, 2017 at 9:38pm
Woo hoo I held up upgrading last year to the 7 for their 10th anniversary iPhone this year, it hopefully will be a great packed event!
Reply · Like · Mark as Spam