Apple is planning to launch the iPhone 7s, iPhone 7s Plus, and iPhone 8 in just three colors, according to a new report from KGI Securities analyst Ming-Chi Kuo. The analyst believes the new iPhones will arrive in black, silver, and gold.

Interestingly, a recent leak depicted the iPhone 8 in just three colors; however, the third was described as copper and not gold.

Kuo predicts Apple will announce all three iPhone models simultaneously in September and launch them all the same day. The OLED iPhone 8 model will likely be in short supply with Kuo forecasting shipments of 2-4 million units in the third quarter.

The OLED version will be in short supply as we forecast shipments in 3Q17 will be 2-4mn units or less. We do not think production of the OLED iPhone will pick up substantially before 4Q17; and given strong demand, tight supply may persist until 1Q18 before improving much. 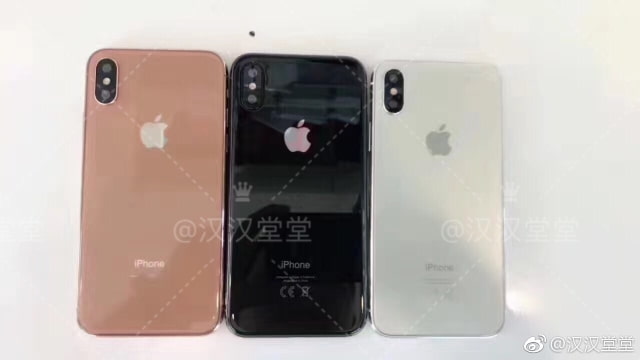 DrDonkie - September 1, 2017 at 7:36pm
Why can't we just have White and Black? Pure colors, not these strange combinations.
Reply · Like · Mark as Spam