This beta version of iOS 11.1 contains bug fixes and improvements.

iOS 11.1 brings hundreds of new emoji. You can check some of them out here. Additionally, the third beta is said to resolve an issue with 3D Touch lag. Apple recommends this beta version of iOS should only be deployed on devices dedicated for iOS 11.1 beta software development. 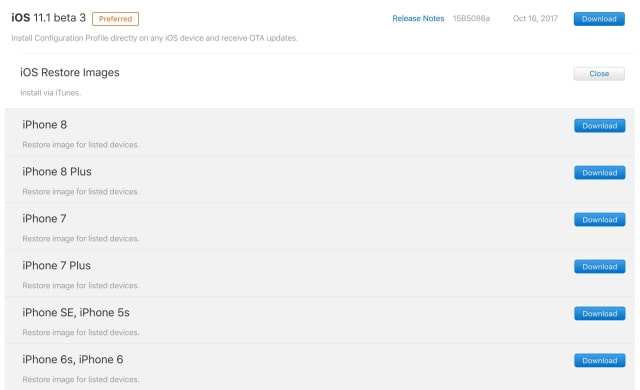