Shipments of the iPhone X will reportedly meet Apple's demand ahead of Christmas and New Year's as component yield rates have improved, according to a new report from DigiTimes.

The first batch of iPhone X devices has already been shipped out from Foxconn Electronics' site in Zhengzhou (Henan, China), said the sources. With production yield rates for certain key components such as 3D sensing modules improving, shipments of the device have increased gradually and will meet Apple's demand ahead of the Christmas and New Year's holidays, the sources indicated.

Chip deliveries for the new iPhone X have been on schedule thus far, according to sources at analog IC vendors. They claim to have begun fulfilling orders as scheduled in the third quarter.

They were not aware of any production delays or shipment cutbacks as alleged in media reports, according to the sources.

As usual, chip orders are expected to grow through the fourth quarter then begin to slow in Q1.

Supply of the iPhone X could still be limited if demand exceeds expectations. There is still uncertainty about the actual demand for the device, according to sources. Since the iPhone X is being released one month later than the iPhone 8/8 Plus, it's unlikely that all customer demand will be satisfied until the first quarter of 2018.

Apple will begin accepting pre-orders for the iPhone X on October 27th for a November 3rd release. Please follow iClarified on Twitter, Facebook, Google+, or RSS for updates. 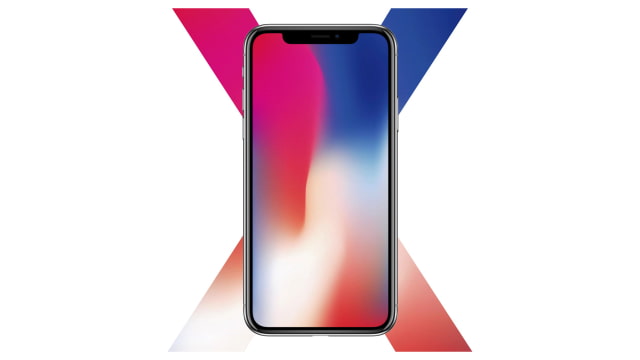 Chip - October 19, 2017 at 6:39pm
Never order first batch of phones until things iron out. There will be allot of faulty parts due to the rushing of dates but good luck on your purchases.
Reply · Like · Mark as Spam

Chris Fame - October 18, 2017 at 6:58pm
I’m gonna order the X regardless but hope it comes as soon as possible cause my current iphone is doing the normal breakdown before the new one comes out.
Reply · Like · Mark as Spam

D4xM4Nx - October 18, 2017 at 5:46am
We all gotta agree that nothing sells as much as drama, hype and sex. A little bit of sensationalism to keep the iPhone X a permanent subject, taking expectation to the max long before the actual device arrives.
Reply · Like · Mark as Spam