Apple is working with TSMC to reduce Micro LED bottlenecks while downsizing its R&D team for development of Micro LED display products in Taiwan, according to a DigiTimes report.

The team was downsized due to issues related to mass transfer of Micro LED chips onto receiver substrates, claim sources.

The slow progress in the development of the mass transfer technology is believed to impede related panel makers from realizing volume production of Micro LED panels in the short term, and therefore persuading Apple to realign the personnel of the Micro LED team, said the sources.

Apple formed the team after its reported acquisition of LuxVue back in 2014. It's unclear if the downsizing means Apple has delayed or given up on the technology. It's possible work has been shifted to the United States after an initial phase of research was carried out at LuxVue.

Micro LED offers improvements in brightness, contrast ratio, and response time and could even be used to replace OLED displays. Sources say Apple has been collaborating with TSMC to develop applications based on silicon-based backplanes (silicon wafers) aiming to sidestep the bottleneck that entails with the mass transfer of LED chips. 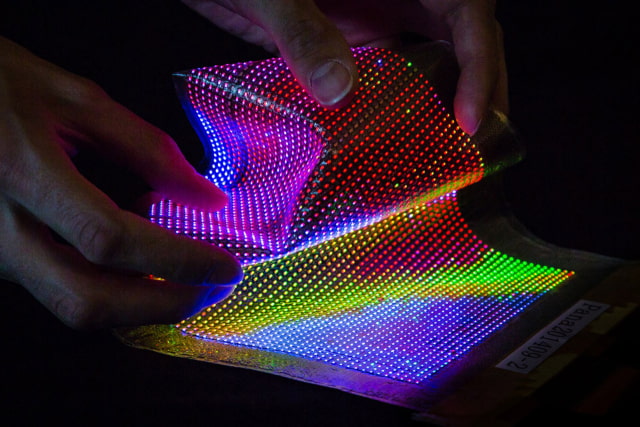