Apple's Jonathan Ive has retaken control of the company's design teams two years after handing off some of the management responsibility back in 2015.

Apple also confirmed the change in a statement to Bloomberg:

“With the completion of Apple Park, Apple’s design leaders and teams are again reporting directly to Jony Ive, who remains focused purely on design,” said Amy Bessette, a company spokeswoman.

It's widely rumored that Apple is currently working on the design of an augmented-reality headset that will ship as early as 2020. Please follow iClarified on Twitter, Facebook, Google+, or RSS for updates. 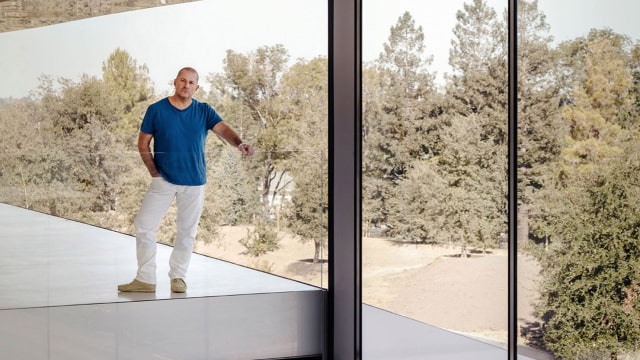 Bnjamin Mendoza Kingsley - December 10, 2017 at 5:36pm
I sure hope that Apple stays true to its founder and his founder's dream and purpose. I was one of the first graphic designers that started using Apple products from the very beginning and first product. I had to convince my boss that Apple products were superior and the future of great design.
Reply · Like · Mark as Spam

Bage - December 9, 2017 at 12:15am
While Mr. Ive was busy building Apple Park, someone took the design team for a ride and created iPhone X which offered buyers bastardized interface that betrayed Apple's commitment to give pleasurable and ease-of-use experience in new product uses. Lucky that it was called an X, to be crossed out soon.
Reply · Like · Mark as Spam
1

lemon4611 - December 9, 2017 at 1:19am
That's funny.... Do you really think Ive was isolated and wasn't aware of Apple's biggest product release in the companies history. Celebrating the 10th year of the device that changed life on the plant and Apple just let a 2nd string player carry the ball... Nope that dog don't hunt. The truth is Apple under Cook's leadership has become a profit gouging and sloppy company. The new devices and OS's are all 2nd class and getting worse. Even security is now suspect on every device and OS. iPhone X is Ive's ego at work more than his creativity. Face it Ive like Apple has lost it's mojo and the decline is on the horizon. Apple has lost touch with it's customers in it's super secret and dishonest culture so the only thing left is for the core to rot.
Reply · Like · Mark as Spam
2 More Comments
Recent