ETNews says that the Samsung Galaxy S9 will feature a 3D Emoji feature that is more advanced than Apple's Animoji.

The Galaxy S9 series is equipped with the '3D Emoji' function, which is more advanced than the iPhone X (Ten) Animoji. The exact name will be announced on the 25th. Creates a 3D character based on the face of the user, and makes fine movements. It can be used in place of emoticons in characters and messenger. You can choose a stored animal character and so on.

The S9 is also expected to feature iris recognition and fingerprint recognition; although, the fingerprint sensor is said to have changed position under the rear camera.

The Galaxy S9 Plus will purportedly feature a rear dual lens camera with improved autofocus and an aperture of f/1.5. It's also said to have a new speaker on the side for better audio when playing games, movies, and music.

More details on the Galaxy S9 can be found here. 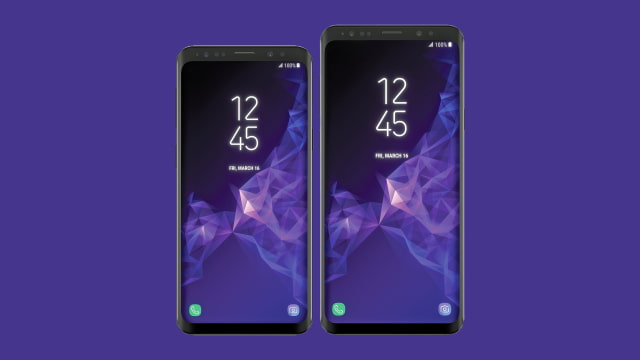 A-non-e-moose - February 14, 2018 at 3:29pm
Yeah only took Apple 5 years to provide the same wireless charging tech alll other phones had too. Such innovation... wow
Reply · Like · Mark as Spam

.-. - February 14, 2018 at 5:19pm
One could say that a company may have needed enough parts in order to do it, but at least we had those wireless charging stickers we could put onto our 6(s) to give us wireless charging before the out of the box version came out. Aside from this, their are many other things (_|_)amsung copied more than apple copied from them.
Reply · Like · Mark as Spam