The Things task manager app for iOS and macOS has been updated with improvements to Areas, Tagging, Input/Output, URLs, and more.

Meet the all-new Things! A complete rethinking of the original, award-winning task manager – with a perfect balance between simplicity and power, incredible new features, delightful interactions, and a timeless new design. 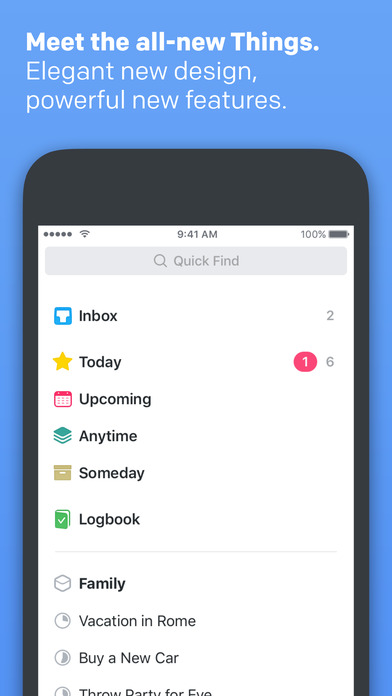 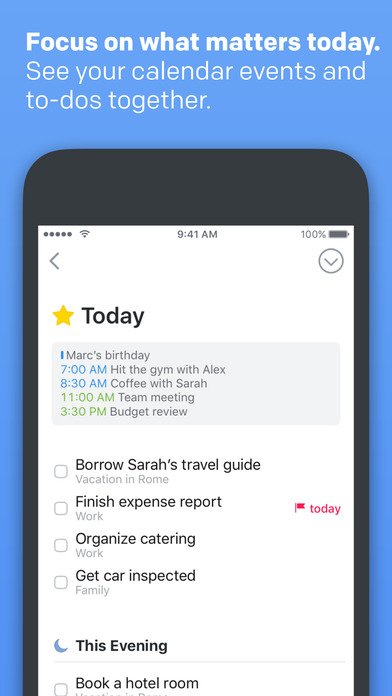 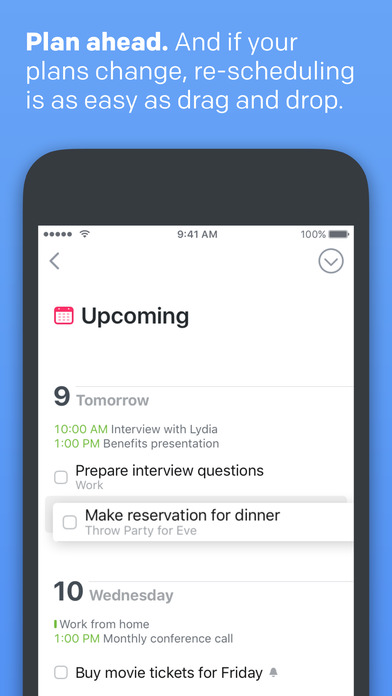 What's New In This Version:
Things 3 has been out for a while now and we’ve received lots of fantastic feedback – thank you so much! For today’s release, we took a close look at all your suggestions and revisited many areas of the app to polish it up. The result is Things 3.5 – a “Spit and Polish” release that combines 29 great little features and improvements into one big update.

AREAS — Now Collapsable!
Without a doubt, collapsable areas has been one of our most requested features. If your project list is super long – or if you just don’t want to see work projects on the weekend – collapse your areas to hide them.

TAGGING
• We’ve made the tags window searchable on iOS. Sweet! Just pull down and start typing to find the tag you want.
• We’ve made app-wide tag searches broader. When you search for a tag, you won’t just see items with that tag, but also items with its nested tags.
• A feature from Things 2 has also made a comeback: you can once again filter by “No Tag”.

INPUT/OUTPUT — Copy & Paste Magic
• Paste text from other apps into Things to create new to-dos (multiple lines of text will create multiple to-dos).
• Paste multiple lines of text into the title field of a to-do; the first line is the title, the rest goes into the notes.
• New on Mac: Copy to-dos, headings, or projects and paste them into other apps.
• New on Mac: Copy to-dos, projects, or headings and paste them into other lists within Things.
• New on Mac: Drag text into a Things window to create new to-dos (you can also drag files from Finder, people from Contacts, emails from Mail, etc.).
• New on Mac: Move items to other lists by hitting Cmd+C and then using the new “Move Here” shortcut: Cmd+Option+V.

On iOS, you’ll find the new paste option in the top right corner under the (v) menu.

THINGS URLs — Update Existing Items
We were extremely pleased with the launch of Things URLs, which allow you to create data in Things from outside the app. One of the main feature requests we’ve received is to provide a way to also make *changes* to items that already exist. This is now possible, thanks to our new UPDATE commands. See our website for more info.

TODAY WIDGET
The Today Widget now shows:
• Inline icons for checklists & reminders.
• A moon for items in This Evening.
• Progress pies for projects.

PERFORMANCE
• Some people have projects with thousands of to-dos. Whoa! Those projects should load faster now.
• We’ve sped up the generation of new repeating to-do instances.

SETTINGS
• Redesigned settings on iOS for more clarity.
• A new setting on iOS: Today > Group by List.
• Options in the MacBook Pro’s Touch Bar can now be customized.

ZAPIER INTEGRATION
We’ve been working with Zapier to build deeper integration with our Mail to Things feature. They’ve now published a range of official Zaps that let you create to-dos from business tools such as Slack, Trello, Basecamp, and more.

AND MORE…
• Headings in projects can now be duplicated.
• Improved layout when in full-screen mode on Mac.
• Fixed a bug that could affect the system alert volume.
• Fixed a crash when duplicating items that were new in Today.
• Fixed two other crashes. 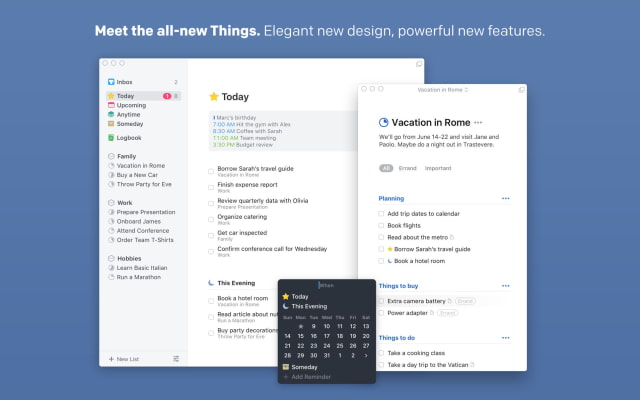