Apple is planning to update the Apple Watch with solid state buttons that don't move but rather sense the touch of your finger, reports Fast Company. The buttons would work similar to the Home button on recent iPhones, utilizing haptic feedback to confirm a press.

Apple will stick with the Watch’s current button configuration, with a button and a digital crown situated on one side of the device, but neither will physically click as before. Rather than reacting to the user’s touch by physically moving back and forth, the new buttons will vibrate slightly under the fingertip, using the haptic effect Apple calls the Taptic Engine. (The digital crown will still physically rotate to navigate through content.)

Switching to solid state buttons would make the Apple Watch more water resistant and could free up internal space. It's also said that Apple is working on using the top of the buttons as sensors which could gather health data such as heart rhythms. While there is already a sensor on the back of the watch, some measurements require more than one point of contact.

In the long run, Apple is purportedly working on an Apple Watch with no buttons at all. Instead, specific areas on the side of the device would respond to touch.

Sources say the new solid state buttons may debut this year but if not, they will appear on the 2019 Apple Watch. 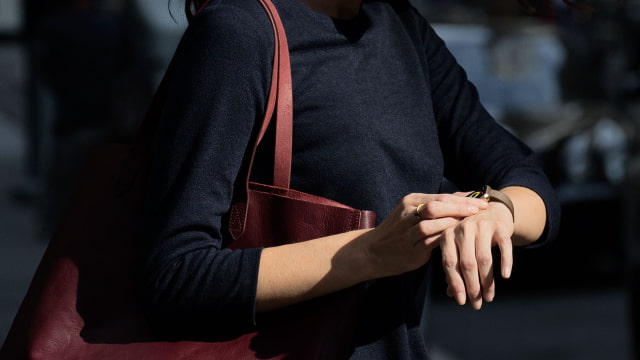