The company was founded in August of 2012 to develop advanced optical technologies based on holography. It holds an expansive technology portfolio including prototyping and media manufacturing equipment, as well as, over 200 patents pertaining to holographic systems and materials.

Apple will presumably use the company's technology for its widely rumored augmented-reality headset that could ship as early as 2020. Apple's headset will purportedly have its own display and run on a new chip and operating system. More details can be found here.

It's unclear how much Apple paid for Akonia Holographics. The company raised $11.6 million in seed funding in 2012. Please follow iClarified on Twitter, Facebook, Google+, or RSS for updates. 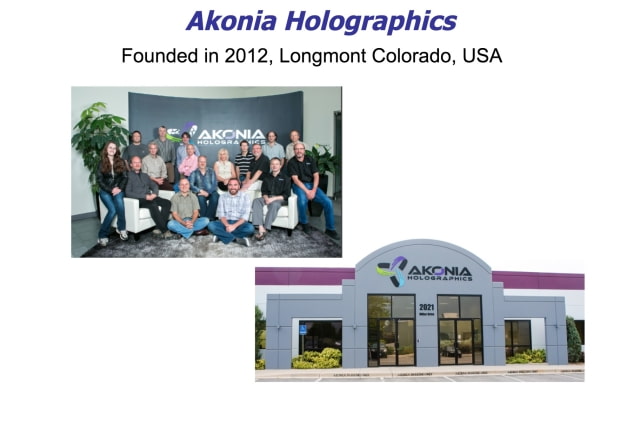