Apple is trying to get big newspapers like the New York Times, Washington Post, and WSJ to join its magazine subscription service, reports Recode.

Apple has been talking to some of the biggest newspapers in the U.S. about adding their stories to Texture, the magazine app Apple bought in March. Apple executives, led by content boss Eddy Cue, have reached out to the New York Times, the Wall Street Journal and the Washington Post about joining the app, according to people familiar with the conversations, which began this summer.

It's unclear if access to the newspapers would be included in the $9.99/month price or whether they would be a premium add-on.

Recode suggests that the proposal would be a hard sell as the Washington Post sells its digital subscription for $10/month, the New York Times' costs $15/month, and the WSJ's base price is $37/month. On the other hand, Apple has a huge base of users and could help increase the newspapers' reach. There were 1.3 billion active Apple devices in January. 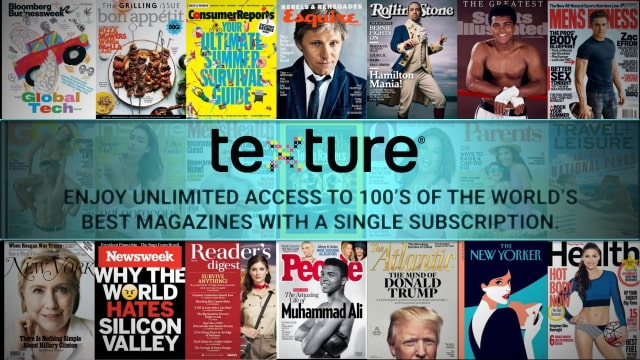 ichild - September 8, 2018 at 12:47pm
Yeah pretty soon every thing people don't life will be a subscription pay for it all.
Reply · Like · Mark as Spam
Recent