Known issues:
After upgrading to iOS 12.1.1 beta, you might be unable to select the voice used for VoiceOver and other Speech products.

The first beta brought an improved camera switching UI for FaceTime and the ability to take Live Photos. We'll let you know if anything new is spotted in the second beta. 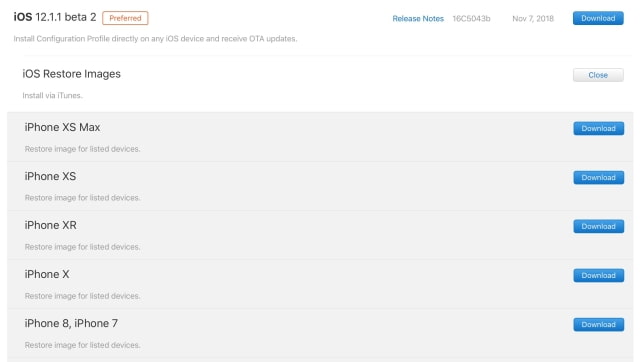 alinboy - November 8, 2018 at 5:42pm
Apple needs to fixing the notifications alert sounds over carplay and Bluetooth they need it to fix the sounds because is not working:(now! Ios 12.1 Bluetooth logo is not showing! Is still a lot of thinks not working so great at iPhone 7!
Reply · Like · Mark as Spam
Recent