Apple is still planning to launch three new iPhones this year, according to a WSJ report. One of those three will purportedly be a successor to the iPhone XR which will continue to feature an LCD display.

The plan to stick with LCD comes as Apple grapples with sluggish sales of the iPhone XR, which has cut into its most recent revenue projection. That is partly because the planned LCD handset has been in the product pipeline for months and the plan can’t be altered easily, they said.

It's believed that Apple could drop the LCD model in 2020, completing its shift to OLED displays for iPhone.

To make the 2019 smartphone lineup more enticing, Apple plans to introduce some new camera features including a triple-lens rear camera for its high-end 6.5-inch model and dual-lens camera for the LCD model.

Sources also claim that Apple is considering trimming functions from its 2019 iPhones to cut costs. This could include the force-touch module though one person said "the function could live on in other components".

Apple isn't expected to unveil its next generation devices until this fall. Until then, you can follow iClarified on Twitter, Facebook, Google+, or RSS for updates. 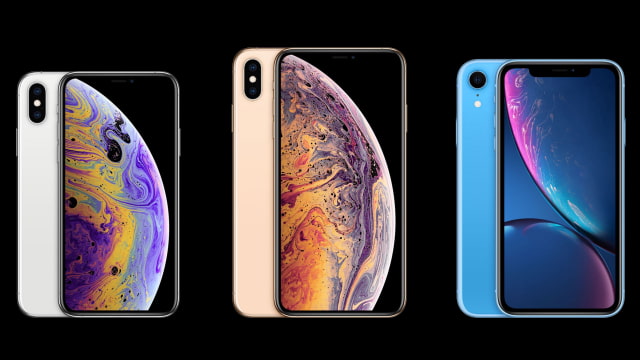 onelife - January 14, 2019 at 3:45pm
The Board members they have are getting RICHER $$ off Apple just for they’re input they’re making it impossible for the regular person to buy these phones every couple years it’s all GREED $$$$
Reply · Like · Mark as Spam

NoGoodNick - January 13, 2019 at 6:46pm
I prefer ONE Premier model and one (maybe two) discount models (ie. last-years model) rather than charging Premium prices for everything. I know what’s best, and I know whether I can afford it, but I’m not going to fork over Premier prices for everyday items. Tim Cook needs to recognize that his 2918 pricing model was a dismal failure and drop the price on Apple’s many secondary products.
Reply · Like · Mark as Spam

D4xM4Nx - January 12, 2019 at 10:12am
Ominous feeling about this strategy... Seems like worse things are in the horizon for Apple, they’re just too stubborn to change even in the wake of an endless free-fall.
Reply · Like · Mark as Spam
6 More Comments
Recent