A new 'Hey, Siri' setup screen found in the iOS 12.2 beta released to developers today confirms that the feature will work with Apple's next generation AirPods. The screen is currently hidden from public view.

When pairing the new, yet to be released AirPods, the user will be asked to set up “Hey, Siri”, just like it can be set up for other devices such as iPhones and iPads. This training configures AirPods to respond to only the user’s voice and not the voice of other people. The main difference from using “Hey, Siri” with these new AirPods will be that the AirPods themselves will do the recognition, sending the command to the paired device. This means you’ll be able to use Siri while your iPhone is in your pocket without having to tap on your AirPods.

Yesterday, DigiTimes reported that the next generation AirPods will launch in the first half of 2019. They will likely come with a new wireless charging case that works with the upcoming AirPower wireless charging mat.

Based on this leak, it appears that Apple's new AirPods could be released alongside iOS 12.2. 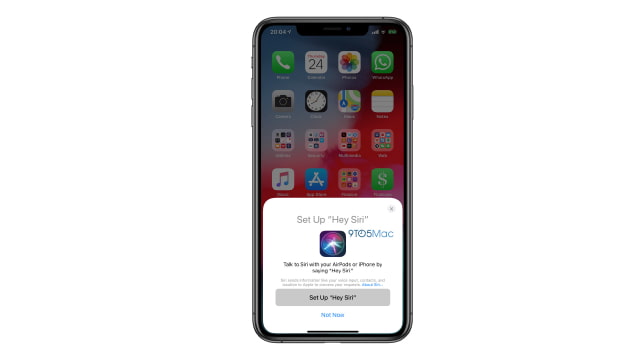