Apple has announced a new recall program for some of its three-prong AC wall plug adapters.

Apple has determined that, in very rare cases, the Apple three-prong AC wall plug adapters designed primarily for use in the United Kingdom, Singapore, and Hong Kong may break and create a risk of electrical shock if exposed metal parts are touched. This wall plug adapter shipped from 2003 to 2010 with Mac and certain iOS devices, and was also included in the Apple World Travel Adapter Kit.

The company has decided to exchange affected wall plug adapters with a new adapter, free of charge.

You can exchange your adapter at an Authorized Apple Service Provider, an Apple Retail Store, or via Apple Support. 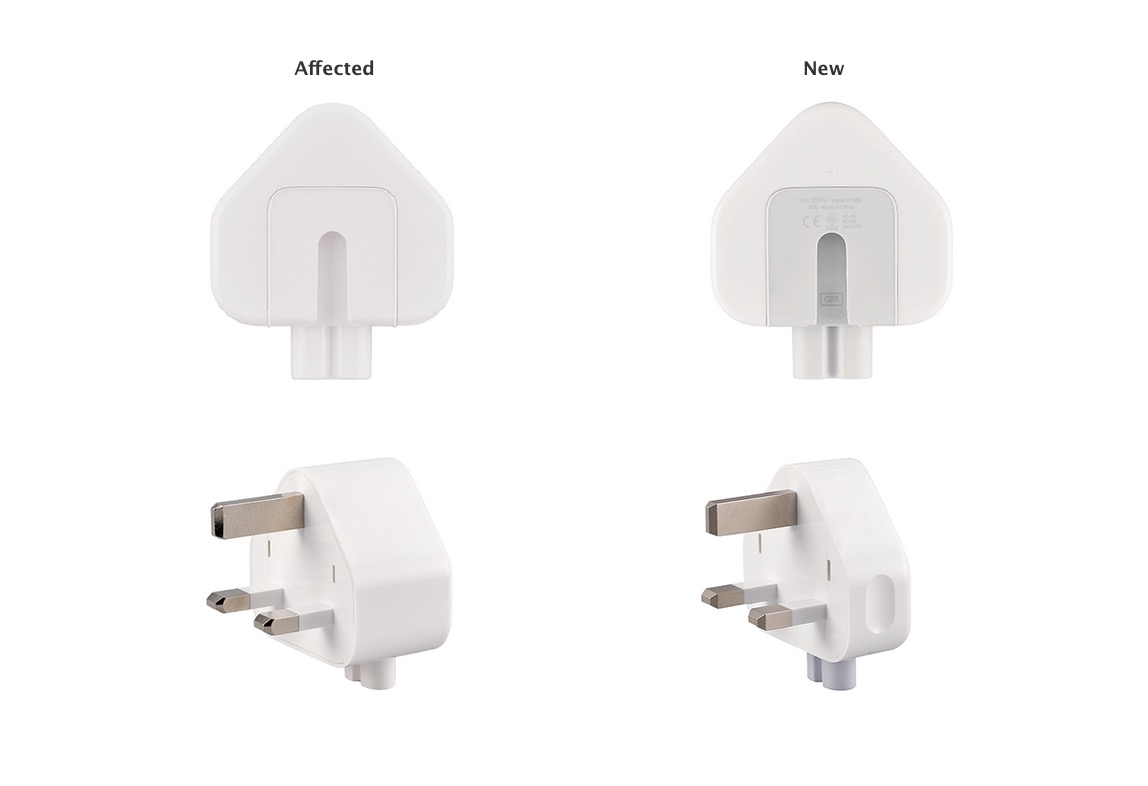