Apple unveiled a new Sidecar feature this week that lets you use your iPad as a second screen; however, not all Macs will gain support for the feature.

With Sidecar, iPad can be used as an extended display for Mac and a high-precision drawing tablet across supported Mac apps. For users on the go, Sidecar makes it easy to bring an extended display with them so they can spread their work out over two displays wherever they happen to be. When paired with an Apple Pencil, they can use their iPad to draw, sketch or write in any Mac app that supports stylus input. Sidecar is a great tool for editing video with Final Cut Pro X, drawing with Adobe Illustrator or marking up iWork documents. And like all Continuity features, Sidecar can run on a wireless connection, so users can work with greater mobility.

Apple has blacklisted all the devices in the screenshot below; however, Troughton-Smith notes that it may be possible to enable Sidecar on some older Macs with the following command:

As we're still on the first beta of macOS and iPadOS, things may change before the feature is officially launched this fall. 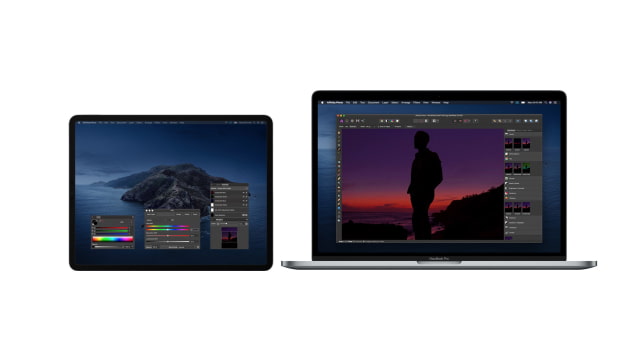 NoGoodNick - June 8, 2019 at 9:59pm
Please, iClarified, remove that obnoxious Nintendo commercial! Even after closing the screen, it continually restarts at random times. I’ll likely to permanently delete the entire iClarified app if it persists!
Reply · Like · Mark as Spam