Apple has posted its Transparency Report for the second half of 2018 revealing government app takedown requests for the first time.

Table 13 provides information regarding requests from government authorities to remove apps from the App Store based on alleged/suspected violations of local law. Examples of such requests are where law enforcement or regulatory agencies suspect an app may be unlawful or relate to/contain unlawful content. Apple complies with these requests insofar as we are legally required to do so.

Apple removed 634 apps in total for the period. The government of China was responsible for 517 of those takedowns. The U.S. government did not make any takedown requests.

You can read the full Transparency Report at the link below! 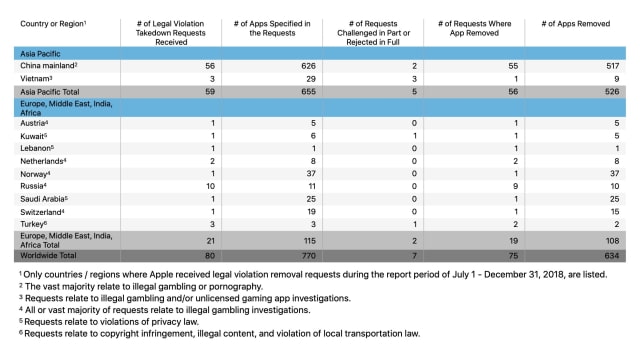