Apple is planning to make changes to a feature used by Facebook Messenger, WhatsApp, and others to make voice calls in iOS 13, preventing them from collecting data, according to The Information.

The change will restrict a feature that apps like Facebook Messenger and WhatsApp used to make voice calls over the internet. Right now, the calling feature in these apps runs in the background even when it’s not in use, ensuring the apps can connect calls faster but also making it possible for them to perform other, unrelated tasks such as collecting data. Now, Apple is restricting that background access so that it can only be used for internet calls.

"The changes to the upcoming iOS releases are not insignificant, but we are in conversations with Apple on how best to address. To be clear--we are using the PushKit VoIP API to deliver a world-class, private messaging experience, not for the purpose of collecting data."

While Apple is making the changes in iOS 13, apps will reportedly have until April 2020 to follow the new rules. 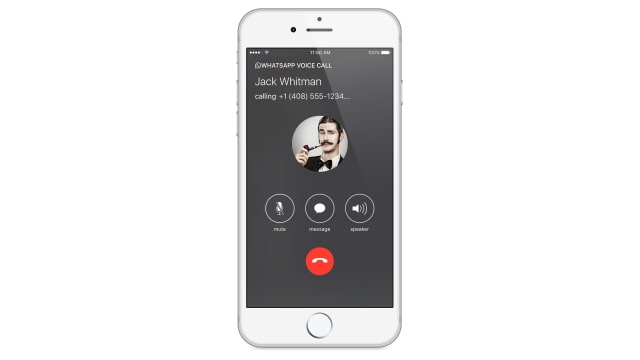 PaulieP - August 7, 2019 at 2:46am
Facebook is the trailer park of the internet right next door to Twitter and snapshit. ~Fin
Reply · Like · Mark as Spam
Recent