Apple SVP Phil Schiller has doubled down on the company's rejection of the 'Hey' email app and says no App Store rule changes are imminent. This despite increasing pressure from developers and regulators who say the company is acting like a monopolist and bully.

“Sitting here today, there’s not any changes to the rules that we are considering,” Schiller said during a call with TechCrunch. “There are many things that they could do to make the app work within the rules that we have. We would love for them to do that.”

The 'Hey' email app from Basecamp requires a subscription to use. In order to circumvent giving Apple a 30% cut of its revenues, Basecamp sold subscriptions outside of the app taking care not to link them or mention them in the app. Even so, Apple says the company must offer its subscription as in-app purchase or face removal from the App Store.

“You download the app and it doesn’t work, that’s not what we want on the store,” says Schiller.

Reading Schiller's statement, many users would argue that Apple shouldn't be controlling what apps are allowed on their iPhones in the first place. Apple has somehow convinced customers that they can retain complete control over what software can be run on the device they paid $1000 for. Imagine Microsoft selling you laptop with Windows, preventing you from loading another OS, and limiting the applications you can install to the ones they approve of. Recently, Facebook has been trying to submit a gaming app to entertain users under shelter-in-place orders. Apple has reportedly rejected the app at least five times because it distributes games in a store-like interface. In other words, it could become a competitor to the App Store. Second, the app does work, for users with a subscription. Of course, it would be better if you could just tap to sign up; however, the developers were trying to avoid getting rejected.

@rustyshelf: The “old” rule was “if you want to process payments externally, fine, but don’t dare mention it in your app”. This has now changed to “actually offer the payments in app so we can take 30%, or get off the store”. It’s a wild escalation.

Besides the app rejection, Apple is also facing criticism for its handling of the crisis. The company strangely provided a copy of the Basecamp rejection letter to members of the press. That letter includes a paragraph which appears to suggest Basecamp is indebted to Apple for the distribution of its free apps.

“Thank you for being an iOS app developer. We understand that Basecamp has developed a number of apps and many subsequent versions for the App Store for many years, and that the App Store has distributed millions of these apps to iOS users. These apps do not offer in-app purchase — and, consequently, have not contributed any revenue to the App Store over the last eight years. We are happy to continue to support you in your app business and offer you the solutions to provide your services for free — so long as you follow and respect the same App Store Review Guidelines and terms that all developers must follow.”

This appears to have sparked a growing resentment towards Apple in the developer community. Lucky for Apple, WWDC 2020 is a virtual event.

@marcedwards: A few days out from WWDC, and this is Apple’s message to developers. It reads as “you have no value to us unless you’re earning us tons of cash”.

@stroughtonsmith: Apple didn't just send it to the developer, they shared it with the press. A middle finger to everybody just before WWDC — who thought that paragraph was a good idea? Come on

@stroughtonsmith: For sure, I'm worried about retaliation for mentioning anything to do with App Store & antitrust. Last time I did, Phil blocked me. Apple have threatened my livelihood on App Store more than once, and know they could snuff me out in an instant. Just like they could for any of us

@marcoarment: Whoever at Apple wrote this — a few days before WWDC! — should never be allowed to communicate with developers again. Let’s be clear, Apple: in addition to the $100/year developer fees and any search ads we buy, we add value to your highly profitable hardware FAR beyond the 30%. 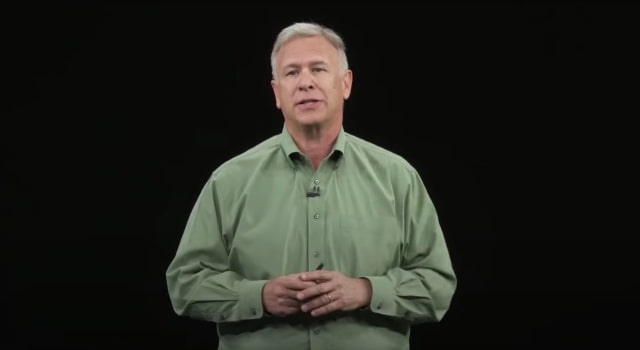