Check out the full changelog below!

Digital car keys
● Unlock, lock, and start your compatible car with your iPhone
● Securely remove digital keys from a lost device via iCloud
● Share digital keys easily with iMessage
● Driver-specific profiles so you can configure shared keys for full-access or restricted driving
● Power reserve lets you unlock and start your car for up to five hours after iPhone runs out of battery

Health
● New category for symptoms in the Health app, including symptoms logged from Cycle Tracking and ECG
● Ability to log new symptoms, like fever, chills, sore throat or coughing, and share them with third-party apps

Some features may not be available for all regions or on all Apple devices. For information on the security content of Apple software updates, please visit this website: https://support.apple.com/kb/HT201222 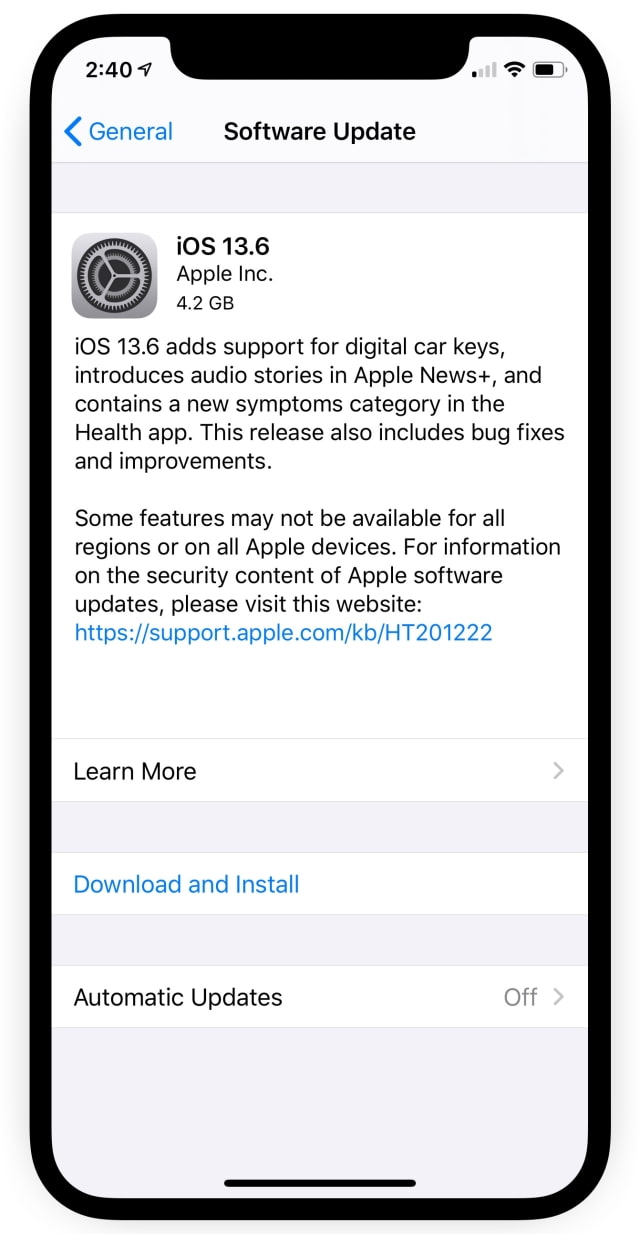 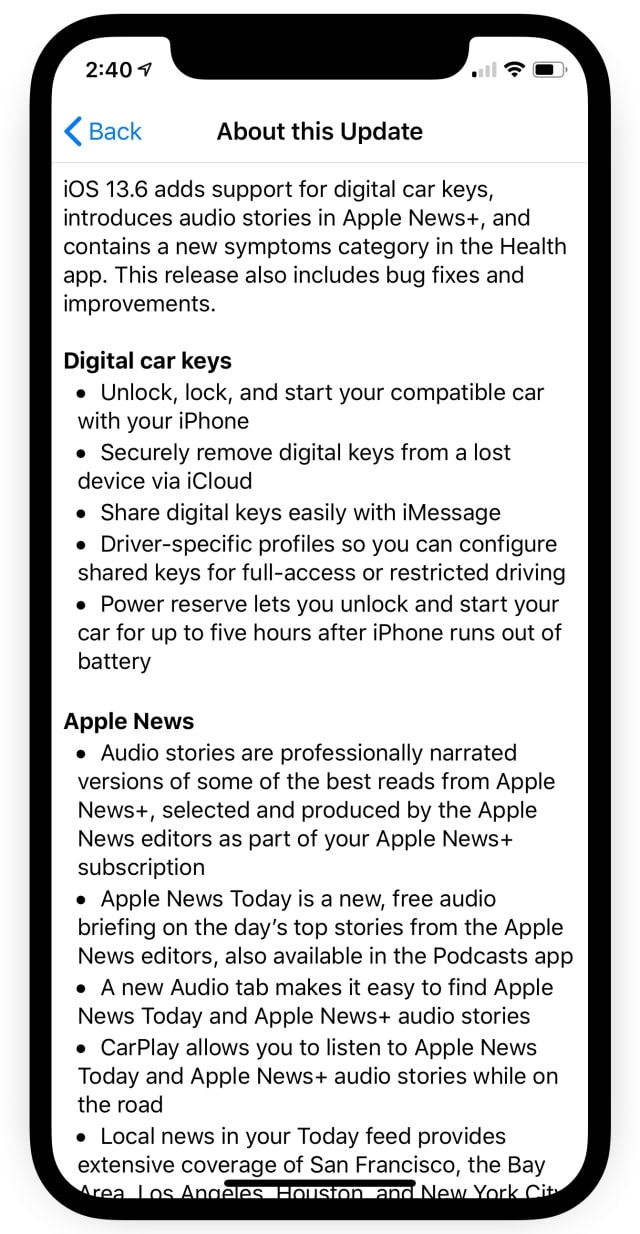